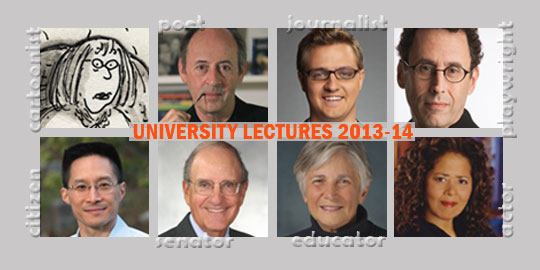 Eight distinguished guests will share their diverse global experiences and perspectives with the Syracuse University and Central New York communities this fall and next spring as part of the 2013-14 University Lectures series.

University Lectures is a cross-disciplinary lecture series that brings to the University individuals of exceptional accomplishment. The series is supported by the generosity of the University’s Trustees, alumni and friends. The lectures are free and open to the public.

During the spring 2014 semester, guests will include Chris Hayes, political commentator and host of “All in With Chris Hayes” on MSNBC; Roz Chast, New Yorker cartoonist and author; actress and playwright Anna Deavere Smith; and Diane Ravitch, historian of education and author of “The Death and Life of the Great American School System.”

“The lineup for our 13th season of the University Lectures boldly underlines our goal—both for this series and for the University as a whole—to facilitate thoughtful engagement with the world,” says Kal Alston, senior vice president for human capital development and director of the University Lectures series. “Each lecture is an opportunity for the University’s students, faculty and staff to join with members of the larger Central New York community in a shared learning experience with speakers who, through their experiences and talents, inspire us to reflect and, crucially, act on our own potential to contribute to our local and global communities.”

All lectures will be held in Hendricks Chapel and are free and open to the public. American Sign Language (ASL) interpretation and Communication Access Real Time (CART) are available for all lectures. The 2013-14 guests are:

“A Conversation with Tony Kushner” 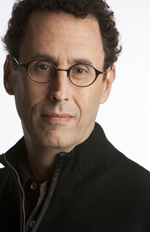 In his works, award-winning playwright Kushner has tackled some of the most difficult subjects in contemporary history, such as AIDS and the conservative counter-revolution; Afghanistan and the West; German Fascism and Reaganism; the rise of capitalism; and racism and the civil rights movement in the South. New Yorker writer John Lahr said “he gives voice to characters who have been rendered powerless by the forces of circumstances” and “forces the audience to identify with the marginalized—a humanizing act of the imagination.”

Kushner is best known, among his extensive body of work, for his two-part epic, “Angels In America: A Gay Fantasia on National Themes.” He is also the author of “Caroline, or Change” which was performed at Syracuse Stage in 2012. His latest work includes a collection of one-act plays entitled “Tiny Kushner,” featuring characters such as Laura Bush, Nixon’s analyst, the queen of Albania and a number of tax evaders, and “The Intelligent Homosexual’s Guide to Capitalism and Socialism with a Key to the Scriptures.” In 2008, Kushner became the first recipient of the Steinberg Distinguished Playwright Award, the largest theater award in the United States.

“The True Meaning of Patriotism” 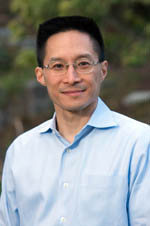 Liu will speak on the true meaning of patriotism, addressing the question of what patriotism really means. In his work, Liu takes both the left and the right to task for forgetting the moral principles that give real meaning to love of country, and reminds all that we can live out the American ideal in our everyday choices. He sends a message about the power of being part of something larger than oneself.

Liu has been hailed by the New York Times and the Washington Post as a leading voice of his generation. He has served in senior leadership roles in politics, media and business, and was a speechwriter for President Bill Clinton and later Clinton’s deputy domestic policy advisor. He is the founder of the Guiding Lights Network, which promotes and teaches the art of creative citizenship. The organization brings together leaders, catalysts and innovators in creative ways to generate new solutions to collective challenges. His book, “Guiding Lights: The People Who Lead Us toward Our Purpose in Life” (Ballantine Books, 2006), describes the ways of transformative mentors from all walks of life. 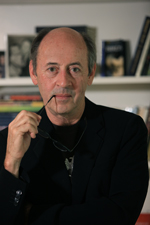 Collins is an American phenomenon. No poet since Robert Frost has managed to combine high critical acclaim with such broad popular appeal. His work has appeared in a variety of periodicals including the New Yorker, the Paris Review and the American Scholar, and he is a Guggenheim fellow and a New York Public Library “Literary Lion.” The typical Collins poem opens on a clear and hospitable note but soon takes an unexpected turn; poems that begin in irony may end in a moment of lyric surprise. Collins sees his poetry as “a form of travel writing” and considers humor “a door into the serious.”

Collins has published nine collections of poetry. His most recent book, “Aimless Love: New and Selected Poems 2003–2013” (Random House), was published in March. Collins was the U.S. Poet Laureate in 2001-03 and the New York State Poet Laureate in 2004-06. He is a Distinguished Professor of English at Lehman College of the City University of New York, as well as a Senior Distinguished Fellow of the Winter Park Institute at Rollins College. 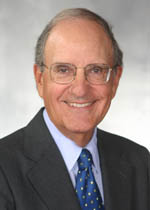 Mitchell returns to Syracuse University to discuss prospects for global peace and how (or if) the world has changed in the 25 years since the bombing of Pan Am 103. A highly respected senator, he became Senate Majority Leader on Jan. 3, 1989, two weeks after the Pan Am 103 tragedy. He has also been a special envoy for Middle East peace (2009-11) and for peace in Northern Ireland. In early October 2001, less than a month after 9/11, Mitchell opened the University Lectures series by calmly and honestly addressing the September 11 terrorist attacks during his lecture.

After an illustrious 15-year career in the Senate, Mitchell served as a special advisor to President Clinton on Ireland. From 1996-2000 he served as the Independent Chairman of the Northern Ireland Peace Talks. Under his leadership, the Good Friday Agreement, an historic accord ending decades of conflict, was agreed to by the governments of Ireland and the United Kingdom and the political parties of Northern Ireland. In 2000 and 2001, Mitchell served as chairman of an international fact-finding committee on violence in the Middle East. The committee’s recommendation, widely known as the Mitchell Report, was endorsed by the Bush Administration, the European Union and by many other governments.

In 2008, TIME magazine named Mitchell one of the 100 most influential persons in the world.

The George J. Mitchell Scholarship is given annually by the U.S.-Ireland Alliance to 12 Americans ages 18-30 to fund one year of graduate study in Ireland. The scholarship is one of the most selective in the United States.

“Twilight of the Elites” 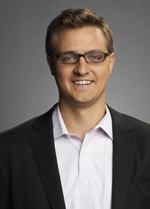 Hayes hosts “All In with Chris Hayes” at 8 p.m. (Eastern) Monday through Friday on MSNBC.  Hayes is also editor-at-large of The Nation. Previously, he hosted the weekend program “Up w/ Chris Hayes,” which premiered in 2011. Prior to joining MSNBC as an anchor, Hayes served as a frequent substitute host for “The Rachel Maddow Show” and “The Last Word with Lawrence O’Donnell.” He became a MSNBC contributor in 2010 and has been with The Nation since 2007.

He is a former fellow at Harvard University’s Edmond J. Safra Foundation Center for Ethics. From 2008-10, he was a Bernard Schwartz Fellow at the New America Foundation. From 2005 to 2006, Hayes was a Schumann Center Writing Fellow at In These Times. Since 2002, Hayes has written on a wide variety of political and social issues, from union organizing and economic democracy to the intersection of politics and technology. His first book, “Twilight of the Elites: America After Meritocracy” (Crown, 2012), about the crisis of authority in American life, was published in June 2012.

“Theories of Everything, and Much, Much More” 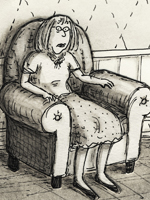 Since she sold her first cartoon to the New Yorker in 1978, Chast has established herself as one of our greatest artistic chroniclers of the anxieties, superstitions, furies, insecurities and surreal imaginings of modern life. Since then, nine collections have been published of Chast’s work, most recently, “Theories of Everything,” (Bloomsbury, 2008), a 25-year retrospective. Chast is known for her cast of recurring characters—generally hapless but relatively cheerful “everyfolk.” In her cartoons, she addresses the universal topics of guilt, anxiety, aging, families, friends, money, real estate and, as she would say, “much, much more!”

She is currently working on a book that chronicles her relationship with her aging parents as they shift from independence to dependence. Using handwritten text, drawings, photographs and her keen eye for the foibles that make us human, Chast addresses the realities of what it is to get old in America today—and what it is to have aging parents today—with tenderness and candor, and a good dose of her characteristic wit.

“Snapshots: Portraits of a World in Transition” 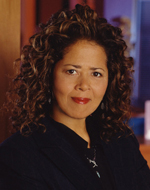 Playwright, actor and professor, Smith uses her singular brand of theater to explore issues of community, character and diversity in America. Newsweek declared her “the most exciting individual in American theatre.” Smith is perhaps best known as the author and performer of one-woman, multi-character plays that deal with social issues in America. The MacArthur Foundation awarded Smith the “Genius” fellowship for creating “a new form of theatre — a blend of theatrical art, social commentary, journalism and intimate reverie.” In 2013, Smith won the Dorothy and Lillian Gish Prize, one of the largest and most prestigious awards in the arts, which recognizes trailblazers who have redefined their art and pushed the boundaries of excellence in their field.

Her play “Fires in the Mirror,” about the 1991 Crown Heights riot, was a runner-up for the Pulitzer Prize and took home Obie and Drama Desk Awards. Her work “Twilight: Los Angeles 1992” won Drama Desk, Theater World and Obie Awards and received two Tony Award nominations. Smith’s most recent play, “Let Me Down Easy,” explores the resilience and vulnerability of the human body. Smith appears as Gloria Akalitus on the Showtime series “Nurse Jackie.”

“The Death and Life of the Great American School System” 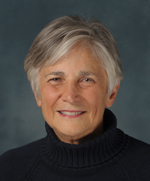 A research professor of education at New York University, Ravitch is internationally acclaimed for her expertise on past and present education. Her most recent book, “The Death and Life of the Great American School System: How Testing and Choice are Undermining Education” (Basic Books, 2011), makes the case that public education today is in peril. Drawing on her more than 40 years of research and experience, Ravitch critiques today’s most popular ideas for restructuring schools, including privatization, standardized testing, punitive accountability and the multiplication of charter schools, and offers a prescription for improving American public schools. Her new book, “Reign of Error: The Hoax of the Privatization Movement and the Danger to America’s Public Schools,” will be released in September.

Ravitch was assistant secretary of education and counselor to Secretary of Education Lamar Alexander from 1991-93. In that role, she led the federal effort to promote the creation of voluntary state and national academic standards. A seasoned lecturer, she currently shares a blog, “Bridging Differences” with Deborah Meier, hosted by Education Week, and blogs for Politico.com and The Huffington Post.