Understanding the Nuremberg Trial and Its Lessons 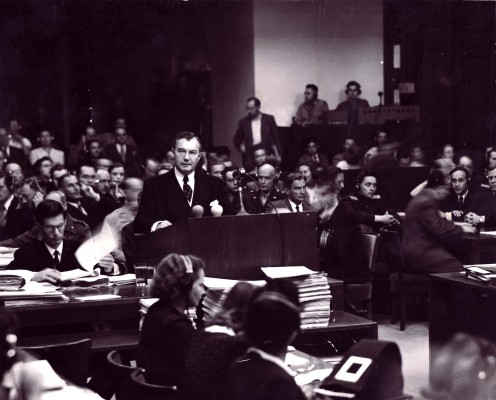 In restoring her filmmaker father’s 60-year-old documentary, “Nuremberg: Its Lesson for Today,” Sandra Schulberg didn’t want the film to be received as just another film about Nazis. She wanted people to understand the greater message in a film that had never been shown in the United States.

“It was a landmark trial in that it prosecuted not just war crimes but the very act of making a war, crimes against humanity, which had never been prosecuted before,” said Schulberg, also a filmmaker.

“The film is also unique because it was the first time film had been used as evidence in courtroom,” Schulberg said. The prosecution used two films that had been compiled of footage of Nazi atrocities as evidence. Both are also used in the documentary.

The restored documentary premiered in 2009 at The Hague. Since then Schulberg has traveled the world with the film to share the message. Schulberg screened the documentary April 11 at the Palace Theatre in Syracuse and participated in a discussion the next day at the SU Humanities Center with students and faculty members. Both events were sponsored by the Humanities Center; the Regional Holocaust and Genocide Initiative and the School of Education; Department of History in the Maxwell School of Citizenship and Public Affairs;  College of Law; and the S.I. Newhouse School of Public Communications.

For Tara Helfman, assistant professor in the College of Law, the film has deep meaning both personally and as a scholar. “My earliest memories of Nuremberg were that the crimes of the Holocaust were adjudicated. This was the reckoning of the Holocaust,” said Helfman, who had family members who were killed in the Holocaust. “My impressions of Nuremberg in the way it was presented to me in school or popular culture was very different from the way the trial actually was as I started to study the trial as a student and conduct my own research as a scholar.”

The film conveys how the prosecution doesn’t get into specifics about the Holocaust until well into the trial. “It was the internationalization, the transnationalization and the transcendence of norms of peace and humanity that from a legal perspective are the most potent legacy of Nuremberg,” Helfman said. “Because it’s from these abstractions of certain values—peace, humanity, nonaggression—that you can start developing legal norms regardless of social or historical context .” 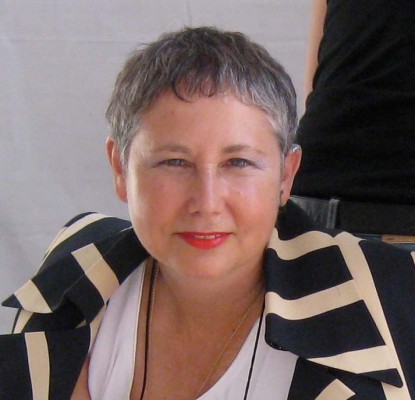 The original Nuremberg documentary was created by writer and director Stuart Schulberg, of the U.S. Office of Strategic Services War Crimes film team, who was commissioned by the U.S. government in 1946. It was shown in Germany as part of the U.S. government’s denazification campaign, but was never released in the United States due to political concerns.

Sandra Schulberg, of Schulberg Productions, and Josh Waletzky restored the film by creating a new 35mm negative from a master print housed with the German National Film Archive, since U.S. government copies were too far deteriorated. They used original sound from the trial—including Chief Prosecutor U.S. Justice Robert H. Jackson’s famous trial statements and testimony from the German defendants in their own voices.

In reflection on all of the atrocities of World War II, Isaac Kfir, visiting professor of international relation and law at the College of Law, said he is conflicted about Nuremberg as a Jew and a scholar.

However, Kfir sees the impact the Nuremberg Trial had on the prosecution of war crimes today in such places as South Africa, Cambodia and Guatamala. “One of the challenges we face nowadays as educators is to make sure our students appreciate that violations, such as the Holocaust, didn’t just happen in Europe,” Kfir said.

The film was powerful for second-year College of Law student Lana Yaghi in how it showed the defendants close up at the trial, with their hands on their faces, sitting on plain wooden benches. “It made them so much more mortal, vulnerable. You think when people commit these crimes they are monsters,” Yaghi said. “These are people who have skin and flesh like everyone else … The film made it so much more real. People just like us could do these things.”

School of Education Emeritus Professor Alan Goldberg agreed that those images cause us to examine how this could happen. “If they become monsters, that makes life easier,” said Goldberg, coordinator of the Spector/Warren Fellowship, which helps future teachers bring lessons of the Holocaust to the classroom. “It’s evil incarnate. It’s simple. But when they are not monsters, that complicates it for the rest of us.”

The restoration of “Nuremberg: Its Lesson for Today,” which is soon to be released on DVD, builds on the legacy of those who were involved in the original making of the film but were denied the satisfaction of knowing the piece reached a broader audience. Sandra Schulberg believes the filmmakers—including her father; Pare Lorentz, head of the film, theater and music section of the War Department’s Civil Affairs Division and editor Joe Zigman—would be amazed by what has transpired.

“The day after the film opened at the New York Film Festival at the Film Forum theater, I took a picture of the marquee and I just thought I wished they were alive to see this—Justice Jackson, Pare Lorentz, Stuart Schulberg, Joe Zigman,” Sandra Schulberg said. “I think they would feel so vindicated.”