Third-year Ph.D. anthropology student Stephen Johnson returned from India last summer knowing that he hadn’t fully explored all of his questions for his Ph.D. topic on the relationship between Tibetan refugees and Indian communities.

Now he has another opportunity—and a prestigious, international distinction that has made it possible.

Johnson was awarded a Fulbright scholarship to spend six months, starting in June, studying Hindi in Jaipur and then a year conducting research in Dharamsala in the foothills of the Himalayas where the Dalai Lama lives in exile. 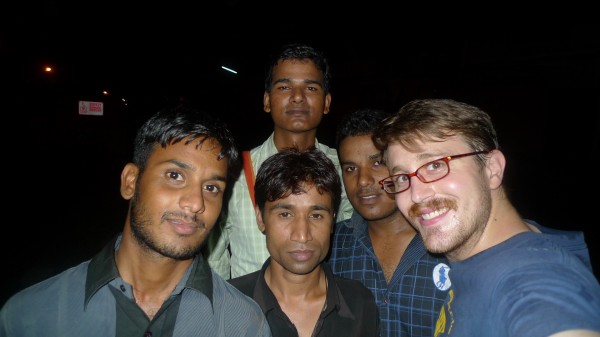 Stephen Johnson, far right, and friends in Kanta, India, in 2011

“I’m researching how Tibetans are affecting Indian identity, traditions and economy,” says Johnson, who has lived in India and was staying in a Tibetan refugee camp five years ago when he first noticed tensions between the two groups. “It’s about issues like resource competition, ethnicity, displacement, different modes of neighborliness and resentments and conflict.”

As with Johnson’s Fulbright proposal, a specific focus, a strong application and a passion for the work make for a highly competitive—and successful—Fulbright applicant. A sense of adventure and curiosity are a given. “They have to be willing to dive pretty thoroughly into another culture,” says Susan Wadley, Ford Maxwell Professor of South Asian Studies and campus faculty advisor for the Fulbright program.

More and more SU students like Johnson are eager to experience the international exchange through the U.S. government’s highly competitive program, and the result is the University’s growing number of Fulbright students being cultivated on campus.

In recognition of the achievement, the University was named by the Fulbright Program as a top-producing institution of U.S. Fulbright students in 2012-13. Eleven SU students were offered the Fulbright and nine are currently studying abroad with the award, spanning the globe with research and English-teaching grant awards.

Over the past few decades, typically between five to 10 SU students would apply for the Fulbright each year, with less than five students being awarded the grant on average. Within the past five to six years, applications have risen to about 35 a year, and, in the last few years, the number of students being granted the Fulbright has doubled.

Wadley credits the growing numbers to getting the word out to students about the possibilities and the work of the National Scholarship Committee, which was renamed the Center for Fellowship and Scholarship Advising (CFSA) last year.

Along with Wadley’s role in working with students on the Fulbright process, the CFSA provides information, advising and support for students interested in applying for all nationally competitive fellowships and scholarships, such as the Fulbright, Rhodes and Marshall awards. The center is co-directed by Judy O’Rourke, director of undergraduate studies, and Kate Hanson, assistant director of scholarship and fellowship preparation in the Renée Crown University Honors Program.

An ad hoc group of faculty and staff have helped students over the past 30 years with pursuing fellowships and other awards, but there was no structured office, O’Rourke says. In the past two years, Stephen Kuusisto, director of the Honors Program; Sandra Hurd, former associate provost for academic programs; and Andria Costello Staniec, current associate provost for academic programs, worked to establish the center.

“Along with Vice Chancellor and Provost Eric Spina, they said this has to be a priority and we’re putting dedicated staff time to the effort,” O’Rourke says. O’Rourke and Hanson help students look for opportunities that apply to their interests and programs of study, help them put together their applications and coordinate the work with the faculty committee and the cadre of about 40 CFSA faculty mentors. Faculty members also conduct the first interview of candidates in the Fulbright process.

“Having the staff support and a venue on campus where we can get the word out to all undergraduate and graduate students is really important,” Wadley says.

Wadley and the CFSA organize informational sessions in the spring (see below for upcoming dates and times) on applying for the Fulbright and a series of fall writing workshops to go over the students’ proposal and personal essay, which is key since 90 percent of Fulbright recipients have participated in the workshops. CFSA also holds other informational sessions—“Friday Focus” events—on various aspects of competitive scholarships and grants.

In preparation for submitting his application, Johnson took a Maymester grant writing course with Wadley and worked with Wadley and anthropology professor Lars Rodseth in crafting his proposal; O’Rourke provided assistance with compiling the paperwork to meet the deadlines.

Current Fulbright student Teresa Soldner ’11, who is in Jordan on an English teaching award, found it helpful to attend the information sessions and learn about the different scholarships.

“I went that first year and tucked away a few ideas of scholarships I might like to apply for when I was closer to graduation,” Soldner says. “As the time approached, Judy sent out many emails to keep everyone informed and on track. Professor Wadley and Professor [John] Western were on my review committee and offered suggestions to strengthen my application.”

Soldner applied for the Fulbright in Jordan to learn Arabic through immersion and hopes to eventually work as a physician in an international setting. “My work here gives me purpose and roots in Amman,” says Soldner, who has been accepted at the Michigan State University College of Human Medicine. “I want to leave a lasting impact on the education in the schools where I work and hopefully inspire something more in the students than their textbooks.” 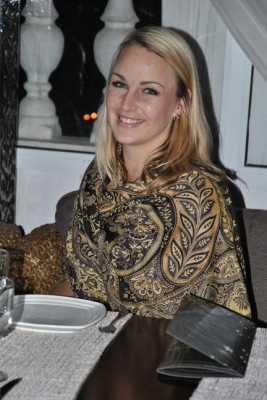 Former Fulbright student Hillary Evans ’10 found her niche in Tajikistan, studying drug trafficking along the Tajikistan-Afghanistan border. She worked with the United Nations Office on Drugs and Crime and with Tajikistan’s Drug Control Office, offering her skills in social media, marketing and press relations in return for access to contacts in the field.

With such an ambitious proposal, Evans was initially hesitant to apply for a Fulbright. “It just seemed so out of reach, because they only accept only about 2 percent of applicants,” says Evans, who is a contract manager in California for a U.S. State Department-funded distance education enhancement program in Pakistan. “But the SU staff encouraged me to apply, providing workshops and helping with proposal writing and guidance.”

Wadley and the CFSA staff encourage students to start thinking about the process early. “We really try to reach out to them their first year or sophomore year and put it on the radar for them as another option after they graduate,” Kate Hanson says. “That way they can work toward it in a more cohesive way.”

Fulbright judges look for students who have taken an academic interest from the classroom and expanded on it with independent study, internships, or other service work. “They are also looking for students to be cultural ambassadors—people who can demonstrate they are motivated and eager to quickly get involved in the community they are living in,” Hanson says.

Upcoming CFSA events for students include the following:

For more details about these and other upcoming CFSA events, visit nationalscholarships.syr.edu/?page_id=458.