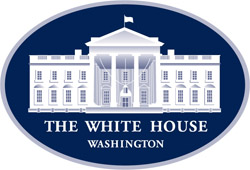 After honorably serving the nation, these 14 female veterans are now providing exemplary leadership and advocacy for the veteran community in a variety of areas, including health, domestic violence, policy advocacy, homelessness, education, business empowerment and more. The Champions of Change program was created as part of President Barack Obama’s Winning the Future initiative. Each week, the White House features a group of Americans—individuals, businesses and organizations—doing extraordinary things to empower and inspire members of their communities.

“These remarkable women continue serving our country with honor and grace, even long after they return from deployment. Their examples of courage, perseverance and selflessness both abroad and state-side are incredibly humbling, and serve as an inspiration for men and women across the country,” says Valerie Jarrett, senior advisor to President Obama and chair of the White House Council on Women and Girls.

This week’s Champions of Change were honored March 18 during a Women’s History Month reception at the White House. The official awards presentation was held Tuesday morning in the Eisenhower Executive Office Building. In addition, awardees have each been asked to write a blog about the work they are doing in their communities. Their posts will be added to the Champions of Change site later Tuesday.

Harris, a U.S. Army veteran from Houston, was nominated by IVMF executive director and founder Mike Haynie in recognition of her commitment to the veteran community; unwavering support of the institute’s V-WISE program, the first-ever to specifically empower women veterans, spouses and service members through business ownership; and success as a small business owner.

Harris, a 2010 graduate of the EBV at Florida State University and V-WISE San Antonio, is a former Army nurse and disabled war veteran who founded the nation’s first and only Women Veterans Business Center (WVBC) in Houston. The mission of the WVBC is to educate and empower women veterans (and military families) to start and grow veteran-owned businesses.  Harris, a business owner (in addition to the WVBC, she founded Harrland Healthcare Consulting in 2006 to provide staffing, training and administrative services), travels the country advocating for active duty service members, veterans and military families.

“I am thrilled for Marylyn’s recognition by the White House as a passionate and committed advocate for the nation’s female veterans,” says Haynie. “Her advocacy is about much more than words. She is someone who puts ideas into action, leveraging her entrepreneurial spirit and boundless energy in support of the business ownership dreams of women veterans across the nation.”

Harris serves as the national “ambassador” for the IVMF’s V-WISE program, founded in 2010 to empower female veterans through business ownership.

“We recognized that the potential of V-WISE could prove challenging, given that female vets are significantly less likely than their male counterparts to self-identify as veterans and participate in veteran-focused programs,” says Haynie.  “We immediately turned to Marylyn, through her work at the WVBC. She has become an evangelist for the V-WISE experience, and more broadly, the cause of female, veteran-owned businesses. She visits veteran service organizations, churches, military bases, community centers and private sector businesses to spread the word about the V-WISE opportunity, inspiring and educating female veterans to turn their passion into a vocation.”

In fact, Harris helped to recruit at least 75 of the 150 participants for the first-ever offering of the V-WISE program in San Antonio in May 2011. V-WISE has now been offered in five U.S. cities, serving close to 1,000 women. Haynie says that the success of this effort has been due, in no small part, to Harris’s passion and dedication to the veteran community.

“I am passionate about empowering the veteran community after my own experiences. I do not want another vet denied an optimum quality life due to hidden war wounds. Understanding that some vets face challenges in traditional employment, I began working to raise awareness of self-employment, because it was such a fulfilling post-service path for me, and identified in female veterans many unmet needs,” says Harris. “Living in Houston, a city with over 30,000 women vets, I felt I could make the most immediate and positive impact. I committed to educate and empower my fellow women vets to start and grow their own businesses because I knew that they were an economic sleeping giant. I sought out programs to educate and support veterans through entrepreneurship and attended the EBV. It changed my life—my class consisted of 21 vets—20 male veterans, and me. After graduating from EBV, I had a community of support and supplier network and was reconnected to the military community. Five months after graduating, with my children committed to help, we self-funded and launched the WVBC. I believe I am ‘passionately purposed’ to do this work. This honor by the White House, and nominations by both Mike and my daughter, Amaara, is humbling.”

In addition to Harris, three other female veterans with ties to the IVMF and Syracuse University are being honored as Champions of Change:

Miller, a Navy veteran, attended the IVMF’s V-WISE program in Baltimore in September 2011. Founder and CEO of Women Veterans Interactive, she is dedicated to meeting women veterans at their points of need, while supporting them through advocacy, empowerment, interaction, outreach and unification. She actively promotes the importance of tailoring services to women veterans’ needs, and has organized a host of programs for women veterans that feature information, mentoring and peer support, capitalizing on their assets and helping them to overcome barriers to help seeking. She was appointed by the governor to the Maryland Commission for Women and the Maryland Caregivers Support Coordinating Council. Miller also serves as an advisory council member of the Maryland Veterans Resilience Initiative, and was recently named chairwoman of the Prince George’s County Veterans Commission.

Vaught, an Air Force veteran, was the driving force that built the $22.5 million Women’s Memorial at the gateway to Arlington National Cemetery. She is now president of the Women in Military Service for America Memorial Foundation. The memorial, and its 33,000-square-foot education facility, is the nation’s only major memorial to pay tribute to America’s 2.5 million women who have served. The memorial stands as a place where America’s servicewomen can take their rightful place in history and where their stories will be told for future generations. Because of Vaught, the American people and visitors from around the world can learn of the courage and bravery of tens of thousands of American women who, like her, have pioneered the future. The IVMF honored Vaught as a V-WISE “First” during the opening ceremony of its inaugural conference in San Antonio. The program’s opening ceremonies recognize and honor significant “Firsts” for women in the military, and more broadly, in society, with a multimedia presentation chronicling significant “Firsts” throughout history and onsite ceremony to honor “Firsts”  in attendance. “First” honorees are presented with the V-WISE “First” medal.

SU military photojournalism graduate Pearsall is a combat-disabled Air Force veteran who earned the Bronze Star Medal and Commendation with Valor for heroic actions under fire. She now plays a pivotal role in changing and implementing new policy regarding veteran’s healthcare at the Ralph H. Johnson VA Medical Center. She is a spokeswoman/advocate for the VA, Defense Centers of Excellence, IAVA, Bob Woodruff Foundation, Independence Fund and the Air Force Wounded Warrior Program. She is a member of the American Legion and a lifetime member of the Veterans of Foreign War and Disabled American Veterans organizations, through which she gathers donated clothes and shower items for homeless veterans, and makes frequent in-patient visits to hospital-bound veterans. She is also a board member of the Foundation for Arts & Healing at Harvard University and Wounded Nature Working Veterans, both of which are nonprofit organizations that aid disabled combat veterans from every branch of service. She funds and photographs veterans through her voluntary project, the Veterans Portrait Project Foundation. Though disabled from combat injuries, Pearsall is a multi-medaled athlete, including gold, from the U.S. Paralympic- sponsored Warrior Games.