‘Dark Girls: The Story of Color, Gender and Race’

Documentary to be screened March 21 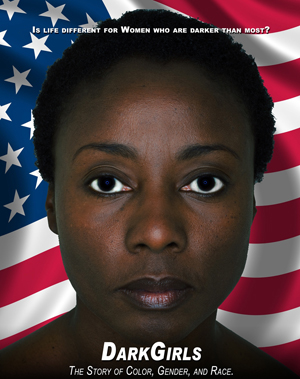 “Dark Girls: The Story of Color, Gender and Race” will be screened at 6 p.m. March 21 in Hergenhan Auditorium, Newhouse 3. The screening will be followed by a discussion, featuring the film’s co-director D. Channsin Berry, about the film and how it has changed the way people look at these aspects of African American culture. The event is free and open to the public.

Directed and produced by Berry and Bill Duke, “Dark Girls” is a documentary that explores the deep-seated biases and attitudes about skin color, particularly dark-skinned women, outside of and within black American culture. The film premiered in 2011 at the Toronto Film Festival.

The Community Folk Art Center, 805 E. Genesee St., is hosting the film as part of a broader program, “Dark Girls: Celebration of Black Girlhood,” a series of four workshops being held at the center during the month of March for Black adolescent girls from the Syracuse City School District. The workshops promote literacy, identity, self-esteem and social development and are facilitated by Syracuse University faculty, staff and students of color.

The film presentation and panel discussion are co-sponsored by the Department of Women’s and Gender Studies in SU’s College of Arts and Sciences, the Newhouse School and SU’s School of Education. Also involved are SU student groups, including the Student African American Society and the SU chapters of the National Association of Black Journalists and the National Association of Negro Business and Professional Women’s Clubs (NANBPWC).