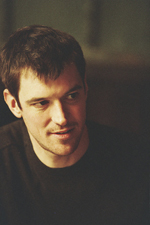 When Conor Grennan embarked on a trip around the world in 2004, little did he know the result would be a long-term commitment to help the children of Nepal.

Grennan will speak on “Little Princes: Changing the World through Volunteering and Storytelling” Tuesday, March 5, beginning at 7:30 p.m. in Hendricks Chapel. The lecture, sponsored in cooperation with Hendricks Chapel and the College of Visual and Performing Arts, and is free and open to the public.

Reduced-rate parking is available in Irving Garage. American Sign Language interpretation and CART are available for all University Lectures.

Grennan spent eight years at the EastWest Institute (EWI), both in Prague and the EU Office in Brussels. During that time, he developed and managed a wide variety of projects focusing on issues such as peace and reconciliation in the Balkans and harmonizing anti-trafficking policy. In 2001, he was made deputy director of EWI’s Program on Security and Good Governance, and served as the advisor on EU Affairs to EWI’s Worldwide Security Program.

Grennan left EWI in 2004 on an around the world trip, during which he volunteered in the Little Princes Children’s Home in the village of Godawari, Nepal. When he learned that the children in the home were not orphans, but were in fact trafficked, he moved to Kathmandu, Nepal, and founded Next Generation Nepal, a nonprofit organization dedicated to reconnecting trafficked children with their families.

Grennan is a citizen of both the U.S. and Ireland and a graduate of the University of Virginia and the NYU Stern School of Business. He is the president of Next Generation Nepal, and the author of “Little Princes: One Man’s Promise to Bring Home the Lost Children of Nepal” (HarperCollins, 2011).