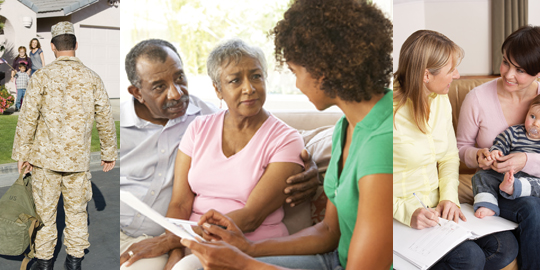 As the National Association of Social Workers (NASW) begins its annual commemoration of National Professional Social Work Month on March 1, the School of Social Work in the Falk College has planned a series of activities as part of its month-long national celebration.

The Syracuse University Bookstore will feature faculty titles from the School of Social Work in its Schine Student Center window display March 6-12, spanning critical topics including aging, school violence and bullying, mental health care in the African American community, persons with disabilities and the child welfare system, among many others. The books will additionally be available for purchase in the SU Bookstore.

The 2013 Daniel and Mary Lou Rubenstein Social Justice Award ceremony will take place March 26 at 7 p.m. in the Schine Student Center, Room 304ABC.  Alejandro Garcia, professor of social work, will be the recipient of the 2013 Social Justice Award that recognizes a person who reflects the values of social justice in his or her professional and personal life. All are welcome to attend this event sponsored by Social Workers United, the School of Social Work, CNY-NASW and the Falk College.

The NASW designated March as National Social Work Month in the 1960s to provide recognition and voice for social workers who represent one of the largest professions in the country. The Syracuse University School of Social Work, which has educated generations of social workers for more than 50 years, offers a bachelor of science in social work and a master of social work. It has been recognized nationally for community organization and activism, clinical training in family systems, gerontology and concentrations in health and occupational social work.