Editor’s Note: Follow the adventures of Harvery Teres as he writes about his experiences in China in the blog “Faculty at Work: Notes from the Field,” a new feature  published on The College of Arts and Sciences News web site.

In what reads like a Chinese version of “Reading Lolita in Tehran,” Harvey Teres, professor of English in Syracuse University’s College of Arts and Sciences, is spending the next four months teaching Walt Whitman, Emily Dickinson, William Faulkner, Elizabeth Bishop and other icons of American literature, past and present, to students at Nankai University in Tianjin, some 75 miles southeast of Beijing.

Teres is the recipient of a 2013 Fulbright U.S. Scholar grant that will enable him to imbue Chinese students with a knowledge of, and passion for, American literature and culture. The Fulbright Program is the flagship international educational exchange program sponsored by the U.S. government to increase mutual understanding between the people of the United States and the people of other countries.

Teres, whose scholarship focuses on the public role of literature and criticism, is teaching “The Public Voice of 20th-Century American Literature” for undergraduate students and “Reading and Interpretation: Literary Criticism and Theory Today” for graduate students. Both courses aim to help students understand and discuss the role of literature and literary criticism in shaping American history, culture and politics. 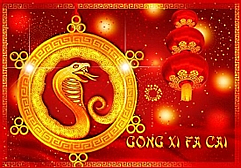 “Throughout our history, American authors have interacted with the wider public to confront economic, political and cultural ills,” Teres says. “Works such as Charlotte Gilman’s “The Yellow Wallpaper” (1892), regarded as an early work of American feminist literature, to the poetry of T.S. Eliot, Langston Hughes, Allen Ginsberg and others, have galvanized readers to become more alert to the moral issues and social abuses around them.”

In addition to such iconic works as Eliot’s “The Love Song of J. Alfred Prufrock” and F. Scott Fitzgerald’s “The Great Gatsby,”  Teres’ courses will include samples of literature by men and women from the African American, Hispanic, Jewish and gay communities to help students explore the rich, inclusive literary traditions that both challenge and affirm America’s multicultural society.

“Poems, essays, novels and short stories have profoundly shaped American democracy,” Teres says. “We need to teach students, both here and abroad, to appreciate and be inspired by a diverse array of literature and instill a vision of publicly engaged scholarship that resonates with the common reader and promotes an informed citizenry.”

Teres’ most recent book, “The Word On the Street: Linking the Academy and the Common Reader” (University of Michigan Press, 2010) describes his experiences with promulgating the power of literature in the community and in the classroom.  Other works include “Renewing The Left: Politics, Imagination and the New York Intellectuals” (Oxford University Press; 1996), which explores the relationship between the political left in the U.S. and efforts to encourage literary and cultural change from the 1930s through the 1970s; and the forthcoming “Somebody Loves Us All: Dialogues on Aesthetics with Ordinary People,” a work of oral history in which local citizens speak about their encounters with beauty.