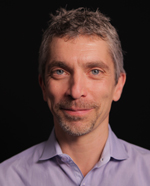 The controversial resolution on “traditional values,” adopted by the United Nations Human Rights Council last fall, will be the focus of a major discussion in the College of Arts and Sciences.

Graeme Reid, director of the Lesbian, Gay, Bisexual and Transgender (LGBT) Rights Program at Human Rights Watch—a New York City-based organization dedicated to defending and protecting human rights around the world—will discuss “The Trouble With Tradition: When ‘Values’ Trample Over Rights” on Monday, Feb. 25, at 7 p.m. in the Kilian Room (500) of the Hall of Languages. The lecture is free and open to the public. For more information, call 315-443-5708 or visit syracusehumanities.org.

Reid’s visit is part of Syracuse Symposium, whose theme this year is “Memory, Media and Archive.” Syracuse Symposium is organized and presented for the college by the SU Humanities Center. Additional support for these events comes from the college; the departments of African American studies, anthropology, international relations, political science and women’s and gender studies; the LGBT Studies Program; and the LGBT Resource Center.

“Experts believe that this resolution [titled ‘Promoting Human Rights and Fundamental Freedoms Through a Better Understanding of Traditional Values of Humankind’] will be used by conservatives to derail LGBT and women’s rights around the world,” says Gregg Lambert, Dean’s Professor of the Humanities and founding director of the SU Humanities Center. “Russia, who sponsored and drafted the resolution, has been using this ‘traditional values’ concept to ban public gay events, suppress the distribution of LGBT literature and justify an array of discriminatory and abusive practices.”

Lambert adds that the resolution undermines the universal nature of human rights by enabling countries to interpret—or misinterpret—human rights any way they chose.

The implications for such a resolution, says Reid, are ominous: “It is an immediate threat to the rights of many vulnerable groups, including women and lesbian, gay, bi-sexual and transgender people. And it flies in the face of the founding principles of universality and indivisibility enshrined in the Universal Declaration of Human Rights.”

An expert on LGBT rights in Africa, Reid has studied, taught and published extensively on gender, sexuality, LGBT issues and HIV/AIDS. Before joining Human Rights Watch in 2011, he was founding director of the Gay and Lesbian Archives of South Africa, a researcher at the Wits Institute for Social and Economic Research at the University of Witwatersrand (South Africa), and a lecturer in LGBT studies at Yale University. An anthropologist by training, he earned a Ph.D. from the University of Amsterdam.

During his SU visit, Reid will also discuss his recent book, “How to Be a Real Gay: Gay Identities in Small-Town South Africa” (UKZN Press, 2012), in a private mini-seminar with faculty and students. “He will look at the ambivalent space that homosexuality occupies in contemporary South African society,” says Roger Hallas, associate professor of English and director of the LGBT Studies Program. “By drawing on long-term ethnographic research in rural South Africa, his research deepens our understanding of the complex tensions in contemporary South African society between the constitutional protections around sexual orientation and the cultural pressure to uphold traditional values, customs and beliefs.”

Reid is also the author of “Above the Skyline: The Reverend Tsietsi Thandekiso and the Founding of an African Gay Church” (Unisa Press, 2010), an ethnographic study of the early years of a gay, Pentecostal-style Christian community in Johannesburg.

“Graeme Reid is a leading scholar and activist in the field of LGBT rights in Africa,” Hallas continues. “His work resonates powerfully with the commitment of our program to address the transnational dimensions of LGBT lives and social movements. It is, thus, an honor to bring him to campus.”