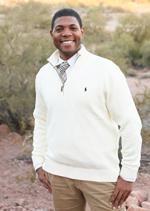 Sponsored by the Department of African American Studies (AAS) in The College of Arts and Sciences with additional funding from the Office of the Chancellor, the lecture is free and open to the public. Paid parking is available in the Booth garage ($4).

Additionally, AAS will host an Open Classroom Conversation with Whitaker at 11 a.m. on Thursday, Feb. 28, in Sims Hall, Room 219. The session is free and open to the public.

Whitaker, Foundation Professor of History at Arizona State University, specializes in U.S. history, African American history and life, civil rights, race relations, social movements, sports and society, and the American West. The Center for the Study of Race and Democracy is an interdisciplinary, problem-solving center that serves as a source of scholarship, dialogue and expert opinion and professional support on issues of race and democracy at the local, state, national and international levels.

Whitaker is the editor of three books, including “Hurricane Katrina: America’s Unnatural Disaster” (University of Nebraska Press, 2009), and author of “Race Work: The Rise of Civil Rights in the Urban West” (University of Nebraska Press, 2005), a biography of civil rights activists Lincoln and Eleanor Ragsdale and their struggle against segregation in Phoenix, Ariz. Forthcoming is “Peace Be Still: Modern Black America from World War II to Barack Obama.”

Whitaker has lectured internationally, including Australia, Canada, China, England, Ghana, Ireland and Liberia. He is also the owner and CEO of The Whitaker Group, L.L.C., a human relations, cultural competency and diversity consulting firm. Whitaker serves on numerous boards, including the distinguished International Advisory Board of the Muhammad Ali Center in Louisville, Ky., and INROADS.

His awards include the 2005 Dan Shilling Public Scholar Award by the Arizona Humanities Council; the City of Phoenix 2006 Martin Luther King, Jr., Living the Dream Award; the 2008 Excellence in Diversity Award by the National League of Cities; Glendale, Arizona’s 2009 Martin Luther King, Jr., Promoting Inclusive Award; and the 2011, ASU, College of Liberal Arts and Sciences Krahenbuhl Difference Maker Award. He holds a Ph.D. with honors in history from Michigan State University, a B.A. and M.A. in history and a B.A. in sociology from Arizona State University.