Huckabee to speak on campus Feb. 7 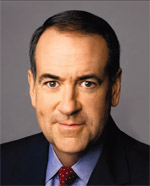 The College Republicans will host Mike Huckabee on Thursday, Feb. 7, at 7:30 p.m. in Gifford Auditorium. His lecture is titled “The Future of Conservatism.”

Huckabee has built distinguished careers in both the political and media spheres. He served as governor of Arkansas from 1996-2007 and was a candidate for the Republican Party nomination in the 2008 Presidential election. Since then, Huckabee has published two books, “A Simple Christmas” (Penguin, 2012) and “Do The Right Thing: Inside the Movement That’s Bringing Common Sense Back to America” (Penguin, 2009), which both went on to appear on The New York Times Bestsellers List.

He is currently the host of the talk show “Huckabee,” one of the most popular programs on the Fox News Channel.