The Department of Philosophy in the College of Arts and Sciences has announced the appointments of three full-time faculty members. They are David Sobel, the Irwin and Marjorie Guttag Professor of Ethics and Political Philosophy; Janice Dowell, associate professor of philosophy; and Kim Frost, assistant professor of philosophy. All three appointments go into effect during the 2013-14 academic year, and join the department’s current 18-member faculty.

“These new appointments are leaders or future leaders in their fields, and exemplify the breadth and depth of our department,” says Ben Bradley, associate professor and chair of philosophy, as well as director of the Ethics Integrated Learning Majors (ILM) Program. “They also are brilliant teachers and scholars who epitomize the liberal arts academic. I look forward to working with them.” 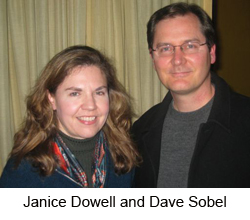 Sobel comes to SU from the University of Nebraska-Lincoln (UNL), where he has served as the Robert R. Chambers Distinguished Professor of Philosophy and the Moral Sciences. His areas of expertise include theories of well-being, consequentialist moral theory and libertarian political philosophy. Sobel has published many articles in prestigious journals and is co-editor of the Oxford Studies in Political Philosophy, whose annual conference is scheduled to come to SU on a rotating basis. He previously chaired the philosophy department at Bowling Green State University (BGSU). Sobel, who earned a Ph.D. from the University of Michigan, succeeds Michael Stocker as SU’s Guttag Professor.

Frost works primarily in philosophy of mind and philosophy of action, but is also interested in Hegel and German Idealism, American Pragmatism, philosophy of language and epistemology. In 2012, Frost earned a Ph.D. from the University of Pittsburgh, where his dissertation focused on the essential normativity of the mind. This fall, he taught “Human Nature” (PHI 197) at SU.

The college’s philosophy department is one of the finest in the nation, boasting world-class faculty members and distinguished visiting scholars and alumni. The department provides opportunities for graduate and undergraduate study in metaphysics, epistemology, ethics, social and political philosophy, philosophy of mind, philosophy of language, logic, early modern philosophy and 19th-century German philosophy.