One World Concert will now be broadcast live on AXS TV 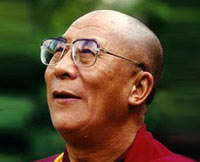 More than 2,700 people attended two sessions of the “Common Ground for Peace” forum with the Dalai Lama and international thought leaders on the SU campus Monday. The webcast of the morning session, “The Rise of Democracy in the Middle East,” attracted 5,000 viewers from 13 countries. The webcast of the afternoon session, “Shifting the Global Consciousness,” attracted 6,500 viewers from 17 countries.

Next on the agenda for His Holiness: The “One World Concert,” Tuesday, Oct. 9, at 7 p.m. in the Carrier Dome. The concert is expected to be one of the largest gatherings of international artists ever to travel to the region and will follow a public talk by the Dalai Lama. The concert is produced and sponsored by World Harmony Productions and hosted by Syracuse University.

For ticketholders attending the concert, please be reminded:

There will be no parking available for sale in campus or Stadium West lots. Patrons are strongly encouraged to park in the Manley Field House or Skytop lots ($10 per car) and take a free shuttle to and from College Place to avoid delays in attending the event. These lots will open at 3 p.m. (Use Route 81 to the Brighton Avenue exit or Route 481 to the Brighton/Rock Cut Road exit and follow the signs.)

All guests will be subject to enhanced security measures and metal detection before entering the Carrier Dome. All purses and backpacks will be searched and bags larger than 12 inches by 12 inches will not be permitted into the Dome. Patrons are discouraged from bringing such items to the event. Arrive at the parking lots early and leave any prohibited items in your vehicle. There will be no place to hold your items inside the Carrier Dome.

For more information on the One World Concert, visit oneworld.syr.edu.