Entrepreneurship is not bound by one discipline.  In fact, entrepreneurial success often requires collaboration across disciplines and skill sets. 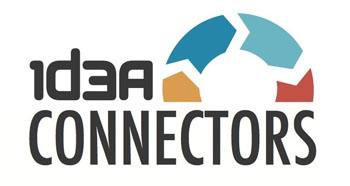 In February 2012, Tory Gentes (SU ’10, Engagement Fellow 2010-11) was hired by Syracuse University as the Student Entrepreneurial Consultant.  Gentes’ role is to act as the “feet on the street,” observing, talking, listening and building relationships with SU’s key stakeholders: students.  The goal is to ensure that the student voice is at the table when key decisions impacting the entrepreneurial ecosystem at SU are made.

The momentum for the student voice for entrepreneurship has now increased exponentially.  The IDEA Connectors, a group of 16 students from almost every school and college at SU, ignite entrepreneurship in their home school/college and act as a bridge between their discipline and other disciplines on campus.  The 16 Connectors were chosen from a pool of more than 50 applicants.

“The number of applications for the Connectors was eye opening.  It’s obvious that students across campus are interested in entrepreneurship,” says  Gentes.  “Each IDEA Connector takes on responsibility for spreading entrepreneurship in their own school or college, which can mean making class visits or holding idea jams, and also for a project in which Connectors work together, like the frozen flash mob they held on Sept. 19.”

Janessa Bonti, junior nutrition science major (pre-med track) in the David B. Falk College of Sport and Human Dynamics, with a minor in painting;

Roarke Clinton, fifth-year industrial and interaction design major in the College of Visual and Performing Arts (VPA), with a completed minor in architecture, an intern at StartFast, a startup incubator and accelerator in downtown Syracuse, as the in-house user interface designer;

Anna Ebers, doctoral candidate in environmental and energy economics at the SUNY College of Environmental Science and Forestry;

Scott Friedberg, junior entrepreneurship and emerging enterprises and accounting major at the Whitman School of Management;

Katie Jeremko, senior industrial and interaction design major in VPA and information management and technology major in the iSchool;

Porsche Nichols, second-year MBA/MS concentrating in marketing at the Whitman School and new media management at the S.I. Newhouse School of Public Communications;