Felicity D. Scott, associate professor of architecture at Columbia University’s Graduate School of Architecture, Preservation and Planning, will present a lecture, “Voluntary Primitivism,” on Oct. 11 at 6 p.m. in the Peter Graham Scholarly Commons, located on the first floor of Bird Library. Her talk is the second in this year’s Ray Smith Symposium, “Positions of Dissent,” organized by the Special Collections Research Center (SCRC) of Syracuse University Library. She will be introduced by Jonathan Massey, associate professor in the SU School of Architecture. 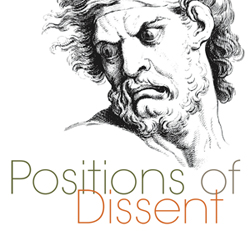 Scott will also give a mini-seminar using materials from SCRC collections on Oct. 12 at 10 a.m. in the Lemke Seminar Room on the sixth floor of Bird Library. To register for the mini-seminar, contact Barbara Brooker at bbbrooke@syr.edu or 315-443-9763.

Scott’s talk will address Open Land communes in Northern California during the late 1960s, focusing on the escalating “code wars” that their attempts to abandon private property rights, normative forms of life and other trappings of modernity and capitalism elicited from the state. What, it asks, might have motivated this portion of the American back-to-the-land movement to open their land to anyone who wished to settle? Why did they adopt practices of “voluntary primitivism” in the name of an ethics of care, both of the self and of the earth? And why did the state react so violently against them?

Scott’s research focuses on articulating genealogies of political and theoretical engagement with questions of technological transformation within modern and contemporary architecture, as well as within the discourses and institutions that have shaped and defined the discipline.

In addition to publishing numerous articles in journals, magazines and edited anthologies, her book, “Architecture or Techno-Utopia: Politics After Modernism,” was published by MIT Press in 2007, and “Living Archive 7: Ant Farm,” appeared on ACTAR Editorial in May 2008. Scott recently completed the manuscript for a book on the Austrian émigré architect Bernard Rudofsky, entitled “Cartographies of Drift: Bernard Rudofsky’s Encounters with Modernity,” and is currently working on a book project entitled “Outlaw Territories: Environments of Insecurity/Architectures of Counter-Insurgency, 1966-1979” to be published by Zone Books. Scott is also a founding co-editor of Grey Room, a quarterly journal of architecture, art, media and politics published quarterly by MIT Press since fall 2000.