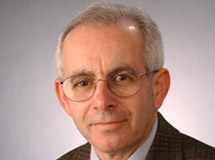 Amos Kiewe, professor and department chair of Communication and Rhetorical Studies and an expert in political rhetoric, answers a few questions on speeches at the just-concluded political conventions.

Q:How do you think the two nominees did in their convention speeches?

A:Both gave adequate, but not great, speeches. While Romney is not a natural orator, he gave a speech that was good enough. He said little about specifics and stuck primarily to a general theme of “are you better off now than you were four years ago.” He set his speech as a claim or a major argument, to which Obama replied with a tenuous yes. Obama’s record clearly constrained his speech, as the answer or the counterargument in which he asked the nation to give him another chance to finish what he started and continue to have faith in him despite economic vows.

Q:People often say that the level of political rhetoric has gone down over the years. Do you agree with this?

A:I don’t buy into the argument that the level of political rhetoric has gone down over the years. It has always been quite low and negative. Presidential campaigns during the early years of the nation were more negative, even viciously so. We tend to forget every four years the role and function of negative ads, and it is this particular phenomenon that has contributed to our distaste for political campaigns, precisely because they are constructed as sharp attacks, that skew issues, and often skirt the truth. Yet, they have proven to be effective and that is why they are used. Negative ads tend to succeed with the undecided, who need to cling to a simple truism about a particular candidate.

Q:Who is the main audience for convention speeches? Is it the party faithful, or those who may not have decided for whom to vote?

A:Conventions are ceremonial events and they have functioned as such since 1968, when the selection of the party presidential nominee was moved to the primary phase of the campaign. As such, their objective is not to elect the presidential candidate, but to bring the party back together, to heal the party wounds after the rough and tumble of the primary campaigns and soothe the pain candidates inflicted on each other (relevant this year only with the Republicans, as Obama had no fellow candidates to contend with). The speeches at the convention are by-and-large ceremonial (as distinct from policy speeches); they celebrate the party’s values, they dwell on national myths and they recite known narratives of patriotism, courage, equality and fairness. They also highlight the contrast with the opposing party, and this year both parties dwelled on the contrast rather extensively.

The main audiences for the convention speeches are not only those attending the conventions, but the general viewing public and the media as a conduit to reaching the entire voting populations. This year, the focus of the convention speeches was specifically on the few undecided voters, and more importantly, voters in key states that could determine the election, namely Florida, Pennsylvania, Ohio and Virginia. It is not surprising that we heard a lot about the middle class and its fears and hopes, the very sentiments that can decide an election that currently is very tight.

Q:Do you believe that great speeches have a large effect on the outcome of elections?

A:Great speeches can affect how people vote, but more likely such effects are limited to those not sure of their vote. Great speeches usually reinforce those already on the side of the speaker, and have negligible effect on those on the opposing side. Great convention speeches, such as Obama’s in 2004, have inspired many who were going to vote the Democratic ticket and brought many young voters to vote, but in the end George Bush was re-elected.

It is even more interesting to point to great convention speakers who did not sway the election, but positioned themselves as future potential presidents, such as Franklin D. Roosevelt nominating Al Smith in 1924, Ronald Reagan nominating Barry Goldwater in 1964, or Barack Obama’s 2004 convention speech. All became presidents later on, while all the candidates of these years lost.