Q and A: Humanities Center’s Gregg Lambert speaks on peace 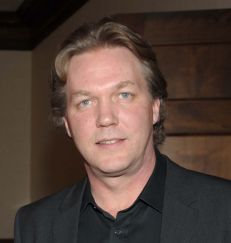 Gregg Lambert, Dean’s Professor of the Humanities and Founding Director of the Syracuse University Humanities Center, answers questions on the topic of world peace.

What is your perspective on world peace and how it can be achieved?

In her filmed segment for the Perpetual Peace Project (PPP), the renowned French writer and feminist Hélène Cixous spoke of the need for another horizon for explaining the idea of peace. The practical objectives of personal security and human rights are certainly important, and everyone can agree that they are preliminary conditions for peace, but they do not actually define the positive conditions of what it would mean to live in a peaceful society. The 9/11 attacks brought home for Americans what, for the most part, the rest of the world already knew: there is no safe territory, no security zone. It is for this reason that the idea of what philosopher Immanuel Kant called “perpetual peace” is becoming less an abstraction, and more of a practical necessity. My goals for this project are very simple: start to imagine what it would be like to live in a peaceful society.

You are one of the founders of the Perpetual Peace Project—an international partnership that is revisiting the prospects for world peace in the 21st century. What have been some of the outcomes of this project so far, including the unexpected?

The project actually began several years ago with a conversation that took place between an academic (myself), a curator and a working diplomat in the United Nations. We were inspired to start a “peace movement” and took Kant’s 1795 manifesto “Toward Perpetual Peace” as a conceptual platform for launching different events and exhibits. We approached the International Peace Institute, saying that we wanted to organize a conversation between philosophers and diplomats around the concept of peace, and we even traveled to Geneva in the spring of 2009 to present the project at the 10th session of the Human Rights Council . We also mounted exhibits at the New Museum and at the Utrecht University, in the Netherlands. Last spring, I even traveled to Seoul, Korea, to engage in a public conversation with the presidential candidate of the Progressive Party, and visited the DMZ to film a new segment for the video installation of the project.

I think the scale of the event that has been imagined testifies to the continued importance and power of massive demonstrations for peace, and this is not entirely unrelated to what took place in the streets of Cairo during the Arab Spring. People can be motivated by an idea to come together to express a desire for something that transcends their everyday lives defined by anxiety and self-interest. The action of coming together is always invested with hope that something will change. Maybe that’s how transformations happen, in fits and starts. After the Dalai Lama’s visit is over, people in Syracuse and elsewhere in the region will return to their normal lives, but maybe something will have changed for us as well.

A weeklong series of Eat Together For Peace (ET4Peace) events—exhibits, performances and meals–will culminate in the International Day of Peace on Sept. 21 on the Kenneth A. Shaw Quad. Why are food, arts and culture good vehicles to promote discussions about peace?

There are many etymological and social origins for the concept of peace and they are often the most common. Almost universally, the word of greeting in many languages is an expression of peace. Eating together or sharing a common meal or breaking a fast is at its origin a ritual of hospitality that actually existed before the idea of religion. It’s a ritual of peace. In this program, organized by Marnie Blount-Gowan, we have even removed food as a necessary ingredient. It is simply the act of coming together of those who don’t necessary have anything in common to begin with, that is the most fundamental and basic ingredient for a peaceful society, the first course in the meal of perpetual peace.

Note: More information on PPP and clips of interviews can be found here.