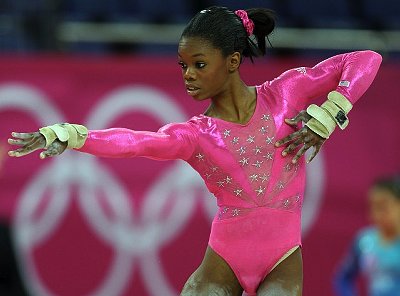 As athletes and fans celebrated new world records, international milestones and personal bests during the 2012 London Olympic Games, one story that repeated itself was the prominent role female athletes played in fueling U.S. Olympic success and medal count. The U.S. women won 58 medals, a tally better than the overall medal count for all but three countries (China, Russia, Britain) participating in the games. Some might say endorsement deals for these impressive female athletes are a sure bet.

Yet, soon-to-be-published research in the Journal of Brand Strategy suggests otherwise.

A new study, co-authored by Rick Burton, the David B. Falk Professor of Sport Management in the Falk College, and John Antil and Matthew Robinson, faculty members in the Alfred Lerner College of Business and Economics at the University of Delaware, found that American companies rarely employ female athletes as spokespeople, and when they do, they don’t do it well.

Athletes promoting and endorsing brands is a common corporate sales and marketing strategy that dates back to the late 1800s, when tobacco brands used baseball celebrity cards to boost sales. A few decades later, the popularity of baseball heroes like Babe Ruth and Ty Cobb resulted in companies signing baseball stars to endorsement contracts, which familiarized Americans with seeing sports celebrities used for commercial or sponsorship purposes. However, the use of female athletes (i.e., tennis star Suzanne Lenglen in 1934; Babe Didrikson in 1935) lagged by almost five decades until Didrikson was involved in a variety of endorsements for Wheaties, Dodge cars and Wilson golf clubs.

According to Burton, male-controlled companies were slow to recognize the influence and buying power of women and slower still to consider female sports heroes (there were very few prior to the advent of Title IX’s enactment in 1972) as legitimate endorsers for brands.

“By the 1920s, you saw brands starting to use motion picture or stage stars, but there were very few opportunities for female athletes to secure recognition for their sporting prowess,” says Burton. “The Olympics had initially banned women when the modern Olympic Games were started in 1896, and there was still a strong desire to ban them by Olympics founder Baron de Coubertin in 1912.”

Researchers noted many advertisers have often focused on youth and sex appeal versus characteristics like athletic ability when using women as spokespersons. During nine focus groups, participants reacted to ads and shared their perceptions. The ads focused on an athlete’s attractiveness more often than not elicited negative responses for female participants. When an endorser was much younger than the consumer, the significant age difference made it challenging for female consumers to relate to them. In these instances, both the credibility of the young female athlete endorser and the product suffered.

Ads highlighting sex appeal impacted consumers negatively, especially when female consumers compared themselves to the spokesperson. The authors suggested that highlighting the similarities between the endorser and the targeted consumer might be a more effective strategy.

“It appears,” says Burton, “although more research is needed, that males embrace heroic athletes like Michael Jordan or Michael Phelps and are not put off by their appearance or achievement. Gatorade grasped this when they created their ad campaign ‘Be Like Mike.’ But female consumers appear to react differently to heroic endorsement by their own gender.”

The study cited Sports Illustrated’s 2011 list of the 50 highest-earning American athletes. Not a single female appeared on this list. And researchers noted in developing a list of well-known female athletes, the selection of female athletes was far more difficult to generate than anticipated. For the researchers it begged the question of ‘why’ and a concern that perhaps female athletes or their agents need to rethink their approach with companies that use product endorsers. Were popular female athletes possibly endorsing the wrong products or allowing themselves to be miscast in contemporary advertising?

This year, for the first time, the number of women competing on the American Olympic teams surpassed the number of men. And, since the introduction of Title IX, which celebrated its 40th anniversary this year, the number of female athletes continues to escalate. Is it likely that these historical figures will play out in advertising campaigns elevating women to more prominent roles? There were many female athletes featured in ads during the Olympics, but the researchers wonder whether that trend will continue. They also hope they’ve seen the end of female athletes posing provocatively as sex symbols. Preliminary research suggests it doesn’t work on female consumers and even if they aren’t the target, those very same women may dictate a household’s spending patterns.