Aaron Sorkin ’83, award-winning screenwriter for films such as “A Few Good Men,” “The American President,” “The Social Network” and “Moneyball,” as well as TV shows including “Sports Night,” “The West Wing,” “Studio 60 on the Sunset Strip” and HBO’s upcoming drama “The Newsroom,” will deliver the 2012 Commencement address at the joint ceremony for Syracuse University, Syracuse University College of Law and the SUNY College of Environmental Science and Forestry (SUNY-ESF) on Sunday, May 13, in the Carrier Dome.

At SU’s 158th Commencement ceremony, Sorkin will receive an honorary degree from the University.

“We are thrilled that Aaron will be this year’s Commencement speaker,” says SU Chancellor and President Nancy Cantor. “Even as one of the most accomplished and busiest writers of our time, he considers mentoring the next generation to be one of his most important responsibilities—and most rewarding. We see that in his personal involvement in our students’ education through SU’s Sorkin Week program in Los Angeles, an unparalleled immersion experience for our budding entertainment industry students. We’re so grateful that this year, he’ll be able to share his experience and perspective with the entire class of 2012 and their families.” 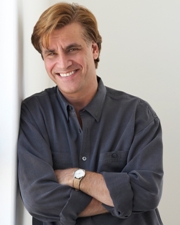 A drama graduate of the College of Visual and Performing Arts (VPA), Sorkin’s early career began as a playwright. His stage play, “A Few Good Men,” caught the attention of a Hollywood producer, who bought the film rights before the play even premiered. Castle Rock Entertainment then hired Sorkin to adapt to film “A Few Good Men,” which went on to become a box office and critical success in 1992.

In 1998, Sorkin’s television career began when he created the comedy series “Sports Night” for the ABC network. His next TV series, the political drama “The West Wing,” debuted on the NBC network and would go on to win more than 20 Emmys, a Golden Globe for Best Television Drama Series, two consecutive Peabody Awards for Broadcast and Cable Excellence, and two Humanitas Prizes and Television Critics Awards.

After more than a decade away from the theater, Sorkin returned to adapt for the stage his screenplay “The Farnsworth Invention” about the inventor of television, which opened on Broadway in December 2007. His most recent theater project, “Houdini,” starring Hugh Jackman, will make its Broadway debut in 2013/2014.

An active and dedicated SU alumnus, in March 2006 Sorkin funded and launched the Sorkin in LA Learning Practicum—also known as “Sorkin Week”—which is a weeklong immersion experience for VPA drama and film students to meet with professionals working in all facets of the entertainment industry, including actors, writers, talent agents, directors and producers.

In November 2009, Sorkin helped celebrate the launch of SU’s LA Semester program, which draws upon the strength of SU’s vast network of accomplished alumni in the entertainment industry to engage students in professional internships, specialized course work and regular interactions with industry leaders.

Sorkin is a member of VPA’s Advisory Council, and has received SU’s George Arents Pioneer Medal, the highest alumni honor awarded by the University.

The Commencement speaker is chosen through an annual selection process that gives students, staff, faculty, alumni and others in the University community the opportunity to offer speaker suggestions via a website. The process begins more than one year in advance of Commencement. All names submitted through the website are compiled in an alphabetical, unranked list and sent to the official speaker selection committee, which is comprised of senior class marshals, student marshals from each of the University’s schools and colleges and student representatives to the University’s Board of Trustees.

This all-student committee reviews the list of names. Following a thoughtful deliberation process, the committee presents a final, unranked list of proposed speakers to the Chancellor, who then reviews the list and makes a final choice on the basis of relevance to the SU community, availability and reasonableness of cost. Sorkin was among those on the student selection committee’s final list and has agreed to address the Class of 2012 graduates.

The announcement on the complete list of 2012 honorary degree candidates will be made at a later date. For full information on Commencement 2012, visit commencement.syr.edu.