‘Imaging Disability in Film’ series to be presented as part of SYRFILMFEST’11, Oct. 15

As part of the internationally renowned Syracuse International Film Festival (SYRFILMFEST), the Syracuse University Center on Human Policy, Law and Disability Studies will sponsor a series of disability-themed films and discussions on Saturday, Oct. 15, in the Watson Theater in SU’s Menschel Media Center, and at the Palace Theater in Syracuse’s Eastwood section. Three documentary films and three short films will be screened. Tickets for each event are $7 ($6 for students and seniors, $5 for AARP members with a valid ID). CART and ASL interpretation will be provided for all films and related discussions, and venues are wheelchair accessible. 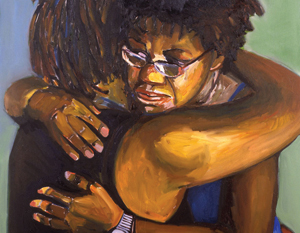 The Saturday film series, titled “Imaging Disability in Film,” begins at 1 p.m. with “Invitation to Dance,” directed by Simi Linton and Christian von Tippelskirch; it is based upon Linton’s memoir “My Body Politic” (University of Michigan Press, 2007). A panel discussion featuring Linton and von Tippelskirch will follow the screening.

“Raising Renee,” directed by Jeanne Jordan and Steven Ascher follows at 3 p.m. with a panel discussion immediately after, and then three short films at 5:30 p.m.

At the Palace Theater, “Ocean Heaven,” directed by Xiao Lu Xue will screen at 5:15 pm. This is a foreign language film and has English subtitles, so CART will not be provided.

Beth Ferri, associate professor of inclusive education and disability studies in the School of Education, was one of the organizers of the Imaging Disability in Film series. “We wanted to highlight films that would engage and challenge many taken-for-granted and oppressive stereotypes about disability,” she says. “We were particularly interested in films that would talk back to some of the more conventional scripts of disability that are so prevalent in film—stories that focus on the exceptional individual overcoming their disability, or films that portray disability as tragedy or the disabled person as either full of rage or the object of pity or humor. The cultural and political work done by these narratives is that they invite viewers to consider a range of disability experiences that refuse to conform to deficit views of disability.”

Additional sponsorship for the “Imaging Disability in Film” series has been provided by the School of Education, the David B. Falk College of Sport and Human Dynamics, the School of Architecture, the College of Visual and Performing Arts and the SU Humanities Center.

For questions about accessibility for the “Imaging Disability in Film” series, contact Denise Nepveux at the Center on Human Policy, 315-443-4323, or dmnepveu@syr.edu.