Open End, a new music and improvisation ensemble featuring Andrew Waggoner and Caroline Stinson, faculty members in the Rose, Jules R. and Stanford S. Setnor School of Music in Syracuse University’s College of Visual and Performing Arts (VPA), will perform on Thursday, Oct. 20, at 8 p.m. in the Rose and Jules R. Setnor Auditorium, Crouse College. The concert is free and open to the public. Free parking is available in the Irving Garage; patrons should mention that they are attending the concert. 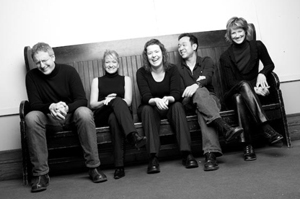