“Identity” is the theme of the 2011 Syracuse Symposium, an annual intellectual and artistic festival on the Syracuse University campus. This fall’s festival encompasses six lectures, including one by best-selling author/philosopher Kwame Anthony Appiah; four performances and readings, including the world premiere of a multimedia work by Society for New Music composer Greg Wanamaker and visual artist Carrie Mae Weems; and five exhibitions and screenings, including the ninth annual Human Rights Film Festival. All events are free and open to the public, unless otherwise noted. 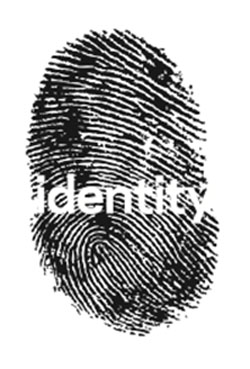 The SU Humanities Center organizes and presents Syracuse Symposium for SU’s College of Arts and Sciences and for the entire Syracuse community. More information is available by calling 315-443-7192 or visiting http://syracusehumanities.org/symposium.

“Whether understood as a principle of sameness that gives rise to a perception of individual and social identity, or as the point where people and societies diverge, ‘Identity’ is a persistent theme of the public humanities,” says Gregg Lambert, director of both the SU Humanities Center and the Central New York Humanities Corridor, an Andrew W. Mellon Foundation initiative. “Through a series of public lectures and conversations, we are creating a dialogue that provides the foundation of a common understanding among many peoples.” Lambert also serves as Dean’s Professor of the Humanities in The College of Arts and Sciences.

Appiah is author of the landmark books “The Honor Code: How Moral Revolutions Happen” and “Cosmopolitanism: Ethics in a World of Strangers,” published by W.W. Norton & Co. in 2010 and 2006, respectively. A distinguished professor in Princeton’s Department of Philosophy and University Center for Human Values, he has written extensively about philosophy of mind and language, African and African American intellectual history, and political philosophy. Also, Appiah serves as president of the PEN American Center, the U.S. branch of the world’s oldest international literary and human rights organization.

Schulman is a novelist, playwright, filmmaker and activist renowned for her groundbreaking work in lesbian and gay culture. A prolific writer with more than a dozen books and multiple plays to her credit, she is co-founder of the ACT UP Oral History Project, documenting the lives and strategies of members of the HIV/AIDS activist organization ACT UP/New York. She is also the recipient of the prestigious Kessler Prize for Sustained Contribution to LGBT Studies.

Shipsey is a distinguished particle physicist known for his creativity and imagination. In addition to his teaching responsibilities, he divides time between CERN in Geneva, Switzerland, site of the most powerful atom smasher in the world, and Fermilab, a proton-antiproton collider in Batavia, Ill., where he co-coordinates the Large Hadron Collider Physics Center. Between the ages of 30 and 42, Shipsey was deaf, the result of an antibiotic treatment he received for severe pneumonia. A “bionic ear”—invented and tuned by technologies he champions—not only broke his silence, but also has given him a new lease on scientific teaching and research. He is this fall’s Wali Lecturer in The College of Arts and Sciences.

Co-Sponsors: the Kameshwar C. Wali Lecture in the Sciences and Humanities and the Department of Physics

Sedaris shot to fame more than a decade ago with “Barrel Fever: Stories and Essays” (1995) and “Holidays on Ice: Stories” (1997), both of which showcase his sardonic wit and incisive social critiques. He has since published collections of humorous essays—“Naked” (1998), “Me Talk Pretty One Day” (2001), “Dress Your Family in Corduroy and Denim” (2004), “When You Are Engulfed in Flames” (2009) and “Squirrel Seeks Chipmunk: A Modest Bestiary” (2010)—that have sold more than seven million copies worldwide and have been translated into 25 languages. His original radio pieces are heard on “This American Life,” distributed nationally by Public Radio International and produced by WBEZ. His appearance is a joint presentation with University Lectures and the Pulse Performing Arts Series.

Gunn will moderate a panel discussion titled “The State of the Earth,” involving Carol Finn, a research geophysicist at the U.S. Geological Survey and president-elect of the American Geophysical Union; Pamela Matson, the Chester Naramore Dean of the School of Earth Sciences and the Richard and Rhoda Goldman Professor of Environmental Studies at Stanford University; and Elsa Reichmanis ’72, G’75, professor of chemistry and biochemistry at the Georgia Institute of Technology. As host of “Tech Nation” and “BioTech Nation,” Gunn is heard weekly on more than 200 public radio stations nationwide and throughout 180 countries worldwide. A former NASA employee, she serves as associate professor of global information systems and biotechnology at the University of San Francisco. Her appearance is a joint presentation with University Lectures.

The husband-wife team of Keller and Levi is noted for combining creative excellence with disability advocacy. Keller has written three prize-winning novels in his native German; plays for Swiss, Austrian and German audiences; and the memoir “The Best Dancer” (Ooligan Press, 2009), about his living with Spinal Muscular Atrophy. Levi is author of two books of poetry: “Once I Gazed at You in Wonder” (Louisiana State University Press, 1999), winner of the Walt Whitman Award from the Academy of American Poets, and “Skyspeak” (LSU Press, 2005). She also co-edited “A Muriel Rukeyser Reader” (W.W. Norton & Co., 1995), a revised version of “The Collected Poems of Muriel Rukeyser” (University of Pittsburgh Press, 2005) and “Directed by Desire: The Collected Poems of June Jordan” (Copper Canyon Press, 2005).

Co-Sponsors: Department of Languages, Literatures, and Linguistics; and the Center on Human Policy, Law, and Disability Studies

SOCIETY FOR NEW MUSIC: “THE GEOGRAPHY OF THE IMAGINATION”

Weems is an award-winning photographer, filmmaker and videographer whose work is acclaimed for its treatment of issues involving racism, gender relations, politics and personal identity. Wanamaker is a composer of mostly solo and chamber music that has been commissioned, performed and commercially recorded throughout North and South America, Europe and Asia. “The Geography of the Imagination” is a joint work between the two, addressing the poetics of identity and historical memory, and incorporating music, narration, text, visual imagery and projections. The work was commissioned by the Society for New Music and was largely underwritten by an NEA grant. It is part of SNM’s annual fall concert at SU.

The Downtown Writer’s Center marks its 10th anniversary with the opening of a new facility and with readings by two eminent poets. Eady is the author of eight books of poetry, including “Brutal Imagination” (Putnam Adult, 2001), which was a finalist for the National Book Award and whose stage adaptation garnered an Oppenheimer Award. His libretto for the opera “Running Man” was a finalist for the Pulitzer Prize in Drama in 1999. Eady is co-founder with writer Toi Derricotte of Cave Canem, a summer retreat for African American poets. Laux is the author of five collections of poetry, including “The Book of Men” (W.W. Norton & Co., 2011) and “Facts About the Moon” (W.W. Norton & Co., 2005), the latter of which won the Oregon Book Award and was short-listed for the Lenore Marshall Poetry Prize. The winner of two “Best American Poetry Prizes” and a Pushcart Prize, she has taught poetry for more than a decade.

“The Boys Next Door” is a play written by Tom Griffin and directed by Timothy Bond (Stage’s producing artistic director) about four mentally disabled men in a group home. A gentle blend of comedy and compassion, the play has been praised by the New York Daily News for “[hitting] squarely on the truth of life, with its constant interplays and shadings of triumphs and tears.” The production is part of Syracuse Stage’s 2011-12 season and marks the 60th anniversary of Arc of Onondaga, the largest provider of services to people with developmental disabilities in Onondaga County.

Anderson-Staley’s work has been exhibited in solo and group exhibitions internationally and has been published widely in print and online. A former Light Work resident artist, she specializes in tintypes—photographs popular in the 19th century made by creating direct positives on sheets of iron metal and then blackened by painting, lacquering or enameling. The exhibition “[hyphen] Americans” alludes to the split character of American identities (e.g., Irish-American, African-American) and encourages the viewer to reconsider the boundaries of American identity politics.

“Dolphin Boy” follows the story of a young boy who disconnects himself from humans after a violent attack on his village. Dramatic complications ensue when his father takes him to “swim with the dolphins” off the Israeli port of Eilat. Written, directed and produced by Dani Menkan (“39 Pounds of Love”) and Yonatan Nir (“Cutting Away the Pain”), the documentary was shot over four years and vividly captures the healing power of nature.

“Raising Renee” is the story of acclaimed artist Beverly McIver and her promise to take care of her mentally disabled sister, Renee, when their mother dies—a promise that comes due as Beverly’s career takes off. Filmed over six years by the award-winning team of Jeanne Jordan and Steven Ascher, “Raising Renee” captures the tenacity of family bonds and the power of art to transform experience into something beyond words.

Co-Sponsors: School of Education and School of Architecture

Gates is a nationally recognized photographer whose work has been featured in dozens of publications, including National Geographic Traveler, Outdoor Photographer and Popular Photography. Since 2006, his photography has been the subject of more than 20 exhibitions throughout the Northeast, garnering him numerous honors and awards, including third place in the nature category of Photo Life magazine’s international competition.

Launched in 2001, Syracuse Symposium has become a fall tradition at SU, drawing thousands of people to free lectures, panel discussions, performances and exhibitions built on annual themes. Past symposia include “Conflict: Peace and War,” “Migration,” “Justice” and “Light.” Since 2009, the SU Humanities Center has organized and presented Syracuse Symposium for the college and the campus community.