Light Work has announced the exhibition “EN FOCO/IN FOCUS: Selected Works from the Permanent Collection,” featuring photographs from the permanent collection at En Foco. It will be on view Sept. 1-Jan. 31, 2012, in the Robert B. Menschel Photography Gallery in the Schine Student Center. 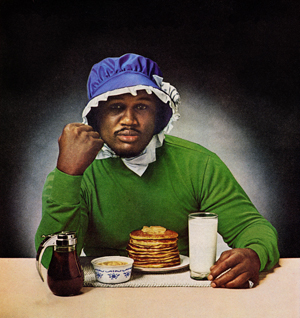 Since its founding in 1974, En Foco has been dedicated to promoting cultural diversity in the field of photography. It has nurtured and supported photographers of diverse cultures, beginning with Latinos in New York, eventually broadening its mission to embrace photographers of African, Asian and Native American heritage across the United States.

En Foco has become recognized in the field of photography for its publications, annual New Works fellowship program, workshops and exhibitions. Much less known is a collection it has amassed of works by many of the photographers who have taken part in its programs. It now numbers nearly 700 prints dating from the 1970s to the present day, encompassing not only a plurality of voices, but also subject matter, photographic approaches and points of view. The images presented in this exhibition offer an introduction into this significant photographic collection.

The exhibition features the earliest works in the collection, dating to the 1970s and 1980s, which reflect the documentary impulse that characterized photographic work produced during, and in the aftermath of, the Civil Rights era. The exhibition also traces En Foco’s mission as it broadened its scope beyond Latino photographers. In doing so, the organization reflected the multicultural discourse of the 1990s, one that pressed for the inclusion of many cultural and ethnic voices in the spheres of culture, politics or the media, and looked at photography as a medium to examine identity, otherness and social and cultural contexts that shape perspectives on the self.

Finally, the exhibition looks at En Foco through the youngest photographers represented in the collection, who provide a glimpse into the contemporary art scene’s global landscape. Whether dealing with local or universal themes, photographers of the current generation approach photography with great freedom, drawing from multiple photographic traditions, cultural histories and creative modes. These artists have come of age as digital technologies matured and essentially replaced the old, analog processes, and as virtual realities and communities have assumed an influential role in the way we perceive the world.

In addition to Light Work, the EN FOCO/IN FOCUS exhibition is sponsored by the National Endowment for the Arts, Nathan Cummings Foundation, Elizabeth Firestone Graham Foundation, the Bronx Council on the Arts, Canson Infinity and Archival Methods.