According to UNICEF, the gap between girls and boys in completing their primary education is more than 10 percent, with boys more likely to finish school. Three students in Syracuse University’s S.I. Newhouse School of Public Communications are hoping to help close the gap through their work with She’s the First, a nonprofit media campaign and network established to promote education for girls and young women in developing countries. 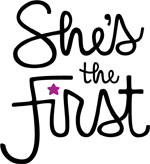 She’s the First, created in 2009 by Tammy Tibbets, a digital media editor for Hearst Corp., promotes the importance of educating girls worldwide. The project’s Web site at http://www.shesthefirst.org serves as an aggregator for schools that support education for girls and are in need of funding, and the campaign connects college women with these girls and schools for sponsorship. The project also allows for networking between the schools through monthly discussion groups on Ning, an online networking site.

Newhouse student Christen Brandt met Tibbetts at the 2007 MATRIX Awards, and they remained in contact. When Brandt learned about Tibbetts’ vision for She’s the First, they teamed up, and Brandt brought fellow Newhouse students Rachel Datello and Chelsea Orcutt on board as well.

They are working with Tibbetts to pilot the program at SU, and eventually develop an action plan for women from other colleges and universities to use when implementing She’s the First on their campuses.

Brandt, a junior in magazine journalism with a dual major in English in The College of Arts & Science, serves as director of She’s the First, where she works closely with Tibbetts in editing all the organization’s materials and oversees brand marketing. “All the schools face the same problems when it comes to educating girls,” Brandt says. “In many cultures, it is the girl’s job to do the farming and take care of the home. By providing girls the means to attend school, there is no financial burden on the family. Ultimately, the family is much more likely to allow the girl to get an education—an education that will break the cycle, as an educated woman is more likely to educate her own daughters.”

Orcutt, a freshman in public relations, serves as campus outreach coordinator for She’s the First in Syracuse. Orcutt is responsible for establishing relationships with campus organizations to help promote She’s the First and get college girls and women involved.

Datello, a junior in television-radio-film, is the media producer for She’s the First. She writes, directs, produces and edits PSAs for She’s the First campaign. She and the other students agree the project has given them valuable hands-on experience. “The work I am doing is similar to the work I will do in my career,” Datello says. “We are truly applying the skills we’ve learned in the classroom to our work with She’s the First.”

A benefit for She’s the First will be held in early May. For more information, contact Brandt at christen@shesthefirst.org.