The Rose, Jules R. and Stanford S. Setnor School of Music in Syracuse University’s College of Visual and Performing Arts (VPA) will celebrate the 60th birthday season of faculty composer Daniel S. Godfrey with a concert of works by the composer on Friday, Oct. 16, at 8 p.m. in the Rose and Jules R. Setnor Auditorium, Crouse College. The event, which is free and open to the public, will feature the Cassatt String Quartet and Setnor faculty member Adrienne Kim on piano. Free parking is available in the Irving Garage. 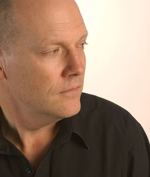 The program will feature Godfrey’s String Quartet No. 2 (1993) and Ricordanza-Speranza for piano quintet (2006), which was written for the Cassatt’s 20th anniversary. Also included will be premieres of three brief celebratory works by Godfrey’s colleagues on the Setnor composition faculty: Joseph Downing, Nicolas Scherzinger and Andrew Waggoner. These works will be performed by Setnor faculty members.

Godfrey has earned awards and commissions from the J. S. Guggenheim Memorial Foundation, the American Academy of Arts and Letters, the Fromm Music Foundation at Harvard University, the Rockefeller Foundation (Bellagio Center), the Bogliasco Foundation (Liguria Study Center), the Koussevitzky Music Foundation at the Library of Congress, the Barlow Endowment for Music Composition, the Indiana State University/Louisville Orchestra Competition, the National Repertory Orchestra/U.S. West Foundation Competition (first prize), the Maine Arts Commission, the New York Foundation for the Arts (Met Life Fellowship) and the Pennsylvania Council on the Arts, among others. He is founder and co-director of the Seal Bay Festival of American Chamber Music and is co-author of “Music Since 1945” (with Elliott Schwartz, Schirmer Books, 1993).

Acclaimed as one of America’s outstanding ensembles, the New York City-based Cassatt String Quartet has performed throughout North America, Europe and the Far East, with prestigious appearances at New York’s Alice Tully Hall and Weill Recital Hall at Carnegie Hall; the Tanglewood Music Theater; the Kennedy Center and Library of Congress in Washington, D.C.; Théatre des Champs-Elysées in Paris; and Maeda Hall in Tokyo. The quartet is in residence at the Seal Bay Festival of American Chamber Music and has held residencies at Princeton, Yale and SU from 1996-2008. Named three times by the New Yorker magazine’s “Best of the Year CD Selection,” the quartet has recorded for the Koch, Naxos, New World, Albany and CRI Labels.

Kim is on the keyboard faculty of the Setnor School. Her recent performances include several concerts at Weill Hall, on Ravinia’s Rising Stars Series and with the Chamber Music Society of Lincoln Center. With violinist Lisa Tipton she recorded the critically acclaimed “Hammers and Strings” (Capstone Records, 2006), violin and piano sonatas of Charles Ives.

For more information about the concert, contact the Setnor School at 443-2191.