Breaking Down 9 Misconceptions of Dating Violence

October is National Dating Violence Awareness Month! It is vitally important that we continue showing support for victims and survivors and we continue working towards a world that is free of abuse. One way of doing this is educating yourself on dating violence (also known as domestic violence or intimate partner violence) and having conversations with others.

Dating violence can be defined as an ongoing pattern of abuse used to control one’s partner. The term ‘domestic’ might imply that dating violence only happens in a home; however, dating/domestic violence can occur in a relationship regardless of whether you are living with or are married to another person.

Try testing your knowledge about the misconceptions of dating violence!

Myth: It is not important to talk about dating violence right now with so many other things going on. Link

Fact: Just because one issue is relevant right now doesn’t mean that others are not. As a society, it is important to understand the connections between different national and social issues. Stay-at-home orders and social distancing have been vitally important in staying safe and preventing the spread of COVID-19. Unfortunately, these orders have also led to many victims of dating violence being trapped with their abusers. Consequently, victims may be experiencing abuse and may not be able to connect with services because they are not safe to do so with their abusers around. 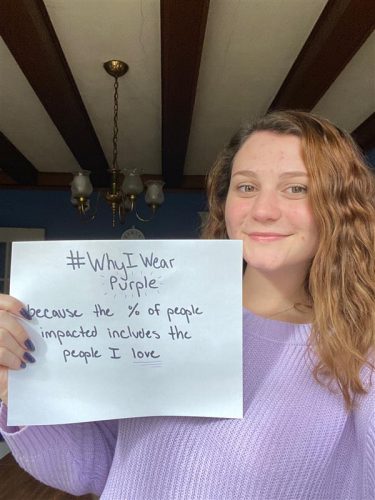 Fact: You most likely know someone who is either a victim/survivor or a perpetrator of dating violence. Over 43 million women and 38 million men have experienced psychological aggression by an intimate partner in their lifetime, according to the CDC.

Fact: Dating violence can be verbal, emotional, physical, or sexual. Verbal abuse might include slut-shaming, degrading, yelling, using slurs, or telling a partner what they can or cannot do. Emotional abuse might include making threats, gaslighting (making the victim question their reality or judgment), withholding affection, patronizing, isolating, or using kids or pets against a partner. Physical abuse might include grabbing, slapping, hitting, pushing, throwing things at, strangling, or murdering their partner. Sexual abuse may include nonconsensual filming, not disclosing an STI, blackmailing, coercing, violating boundaries, stealthing (when a person lies about using a condom or other contraceptive), and rape. Non-physical sexual abuse might include exposing another to pornographic material, having sex in front of another person, exposing one’s sexual body parts, or forcing someone into prostitution.

Fact: According to a 2000 U.S. Department of Justice study, Twenty-five percent of women and 7.6% of men have a lifetime prevalence of rape and/or physical assault by an intimate partner. However, men are often stigmatized when they come forth about their experiences because of rigid gender roles and norms about masculinity. 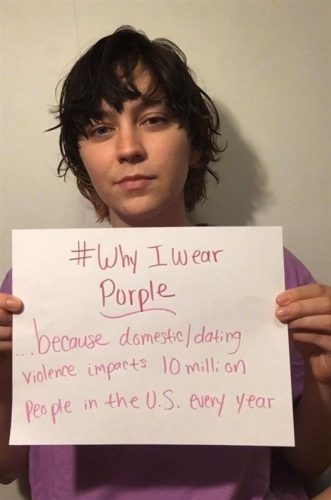 Myth: A person’s identity impacts their likelihood of being a perpetrator.

Fact: Dating violence is scarcely caused by mental illness, although people might use it as an excuse for violence (M. Schwartz and B. M. Scott). Abusive behavior is a choice that people make. Things like substance use, jealousy or stress are factors in the perpetrator’s choice, but the perpetrator still makes the deliberate decision to harm and control. Most abusers are not violent in their other relationships. They do not degrade or assault their friends or bosses.

Fact: Only 2-8% of rape cases are falsely reported. Many victims of rape or sexual assault experience damage to their careers or reputations and may even receive death threats for speaking up about their experience. In reality, sexual assault is one of the most underreported crimes in the United States, with 60% not being reported according to the U.S. Department of Justice in 2005. 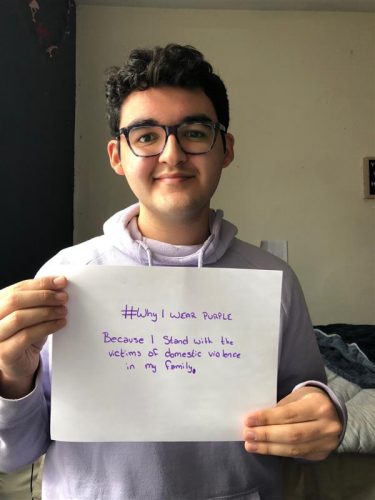 Myth: Victims of dating violence must be masochistic or do something to goad their partners because if they didn’t like the abuse, they would leave.

Fact: Victims of dating violence do not ask for nor do they like being abused. Many people face barriers to leaving and even reporting their abuser. The barriers that victims might have in reporting include not being in a safe place or situation to report, fearing for themselves or their loved ones, feeling shame or guilt and experiencing victim-blaming. They may also be experiencing loss from still very much loving and caring about their abusive partner. Cultural and societal factors might further impede them from reporting, such as the normalization of abuse and the accessibility of services. They may not have the financial means or resources to things like transportation. They might also worry about their community’s response, such as a religious community or another community that loves the abuser. They might also feel uncomfortable to report because of different factors like gender, sexuality, or race. In addition, we know that leaving a relationship often puts the victim at an increased risk of homicide by their abuser.

Myth: Dating violence is a “private” issue that should be figured out within a relationship and behind closed doors. Link

Fact: Dating violence is a societal issue and is considered to be one of the most common and most underreported crimes in the United States. The lives, health, and well-being of all kinds of people and children are endangered every day because of dating violence. It is not something that we can ignore.

No one deserves to be abused by their partner. You are not alone.

If you are being abused or if you are worried that a loved one might be at risk, you can contact:

Ways to get involved: Link 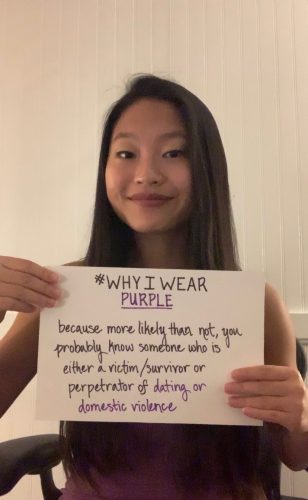