This is one of the project’s several billboard designs featuring Carrie Mae Weems’ photographs and text.

A new project by Syracuse University Artist in Residence Carrie Mae Weems is raising public awareness about COVID-19 among people of color—who have been disproportionately impacted by the deadly virus—by promoting preventative measures and dispelling harmful falsehoods, while also paying homage to front-line and essential workers who have placed themselves in harm’s way. The artist-driven project is called RESIST COVID TAKE 6! The “TAKE 6” in the title refers to the recommended six feet of separation in social distancing.

The project is led by Weems’ Social Studies 101 Inc. Syracuse, where Weems lives, will serve as a test market for the project over the next six months. 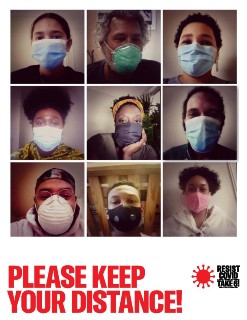 The first phase of the Syracuse rollout is a series of billboards that have debuted in targeted city neighborhoods. These will be followed by PSAs on local radio stations and on social media platforms (Facebook, Twitter, Instagram and YouTube). In addition, a series of promotional items—buttons, posters, flyers, shopping bags, hand fans, magnets and door hangers—will be made available at community centers, COVID-19 testing sites, food banks, grocery stores and churches. A resource website is also in development. Materials will be produced in English, Spanish and Onondaga language.

Eventually, Weems hopes to expand RESIST COVID TAKE 6! to other cities across the country with large African American, Latino and/or Native populations—among them Harlem and the Bronx in New York and Oakland, California.

Growing research shows black, Latino and members of Native American communities are more likely to get sick from COVID-19 than their white neighbors. This may be due in large part to a long history of social inequality and economic inequity. Among the more specific factors commonly cited: 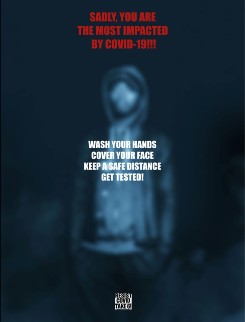 “We’ve all been impacted by COVID-19. It’s an ecological health crisis of epic proposition—an international disaster,” Weems says. “And yet we have indisputable evidence that people of color have been disproportionately impacted. The death toll in these communities is staggering. This fact affords the nation an unprecedented opportunity to address the impact of social and economic inequality in real time. Denial does not solve a problem.

“And I thought, ‘How can I use my art and my voice as a way of underscoring what’s possible and bring the general public into a conversation, into heightened awareness of this problem to better the community in which I live?’”

Weems says she began working on RESIST COVID TAKE 6! a few months ago, as the extent of the COVID-19 crisis became apparent. The idea came from a conversation between Weems and her close friend Pierre Loving, lamenting what they saw unfolding.

“Pierre came up with the initial proposal,” Weems says. “I’m designing the art and text along with 2 x 4, a fantastic branding firm. And then there is The Office, which is the producing arm: a wonderful group of people that have worked with various artists over the years, and they’ve helped me to produce many of my other projects and performances.”

Syracuse University became involved in the project through Weems’ role as the first University Artist in Residence and the institution’s keen interest in her artistic endeavors. 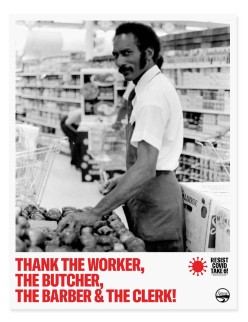 Weems is in the process of recruiting more partners including community organizations, to help with funding and distribution of materials. And she wants to invite other artists to join the project and develop additional imagery and text-based works.

Weems hopes RESIST COVID TAKE 6! will be impactful in both its immediate messaging and in prompting larger dialogue about the pandemic and the long-term state of those for whom it has taken the most severe toll.

“I’m not a policy-maker. I’m not a politician. I’m a citizen concerned about what’s going on in my community,” she says. “This coronavirus isn’t going away anytime soon, and neither are the underlying issues affecting people of color that it has made even more apparent.”

She was named Syracuse University’s first University Artist in Residence, a three-year appointment, in January 2020. In this role, she is engaging faculty and students in a number of important ways, including in the design, planning and preparation of major exhibitions in Madrid, Los Angeles, New York and other venues. 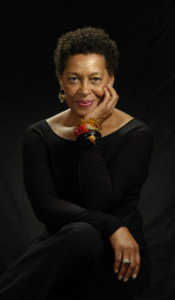 Among her many honors, Weems is a recipient of a MacArthur Fellowship (a.k.a. “Genius” grant) and was the first African American woman to have a retrospective at the Guggenheim Museum.

Her other accolades include the prestigious Prix de Roma, the Frida Kahlo Award for Innovative Creativity, the WEB DuBois Medal, the Louis Comfort Tiffany Award, the BET Honors Visual Artist Award, the Lucie Award for Fine Art Photography and the ICP Spotlights Award from the International Center of Photography. And she was named an honorary fellow of the Royal Photographic Society.

Most recently, Weems curated “What Could Have Been” in the Guggenheim Museum’s first-ever, artist-curated exhibition titled “Artistic License: Six Takes on the Guggenheim Collection.” Weems has also created a body of work in theater and performing arts, including a commissioned event, “The Future is Now and I am It: A Parade to mark the moment,” to commemorate the opening of the Kennedy Center’s REACH expansion, and the theatrical works “Grace Notes” and “Past Tense,” among others. She is currently working on a commissioned project for the Park Avenue Armory.