Two alumni of the Department of Women’s & Gender Studies (WGS) will return to campus to share their professional experiences.

Brittany Brathwaite ’13, co-founder and chief innovation officer of the social start-up KIMBRITIVE, and Erin Carhart ’14, manager of youth organizing at the Planned Parenthood Federation of America, will headline a panel discussion titled “WGS Futures” on Thursday, Oct. 20, from 7-9 p.m. in 319 Sims Hall. 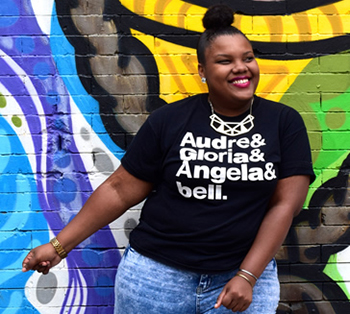 The event is free and open to the public. For more information, contact Himika Bhattacharya, assistant professor of WGS, at 315.443.0283 or hbhattac@syr.edu.

WGS is based in the College of Arts and Sciences.

“This is a terrific opportunity for students to find out what kinds of jobs they can get with a WGS degree,” Bhattacharya says. “Brittany and Erin are among our department’s most inspiring alumni. Their success speaks to the versatility and transferability of our degree programs.

“We are a collaborative of two passionate and ‘traphisticated’ young women from Brooklyn who are unapologetically fueled to educate and empower communities about the value of sexual health education, reproductive justice and everything in between,” says Brathwaite of her partnership with Huggins, who majored in psychology. “We have a deep-seated commitment to supporting the leadership, organization and healing of girls of color.”

While pursuing master’s degrees in social work and public health at Columbia University, Brathwaite worked for various organizations, including Girls for Gender Equity, the Sadie Nash Leadership Project and Rock the Vote.

Carhart also is committed to uplifting young people of color, notably LGBTQ youth and teens “living at the margins.” Since joining Planned Parenthood in an official capacity in 2014, she has organized conferences, training sessions, lobby days and rallies at the local, state and national levels. 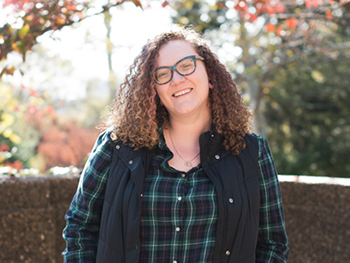 The Washington, D.C., resident has been singled out by Teen Vogue and the Huffington Post for her efforts in getting young people to vote.

“Syracuse gave me the opportunity to hone my skill set in an academic environment, in which I could better understand the social, economic and political issues facing our society,” says Carhart, a dual major in WGS and in policy studies in the Maxwell School. “My [education] was enriched by the experiences I had off campus.”

As an undergraduate, Carhart completed internships with Planned Parenthood of Central and Western New York and the district office of New York State Assemblyman William B. Magnarelli. She also worked part time at the City of Syracuse’s Bureau of Research and Teach for America.

At Planned Parenthood, Carhart gets satisfaction from helping young people of color and members of the LGBTQ community.

“I have long been interested in proactive reproductive health-policy change, since I began volunteering at Planned Parenthood in 2011,” Carhart says. “I am drawn to intersectional movements that reflect the experiences of all young people, including myself.”

Bhattacharya is not surprised by Carhart’s and Brathwaite’s success, saying it exemplifies WGS’ commitment to providing a transnational, intersectional and multiracial education—a commitment underscored by the department’s emphasis on interdisciplinarity.

“We equip students with a broad knowledge-base and a wide range of analytical and methodological skills,” Bhattacharya says. “As a result, they are well versed in issues of social justice, in different forms of feminist agency and resistance and in social movements. This [training] prepares them for careers in education, health care, politics, law, social work or psychology.”

It is Syracuse’s signature transnational feminist approach that gives students a competitive edge, she adds.

WGS offers various graduate and undergraduate opportunities, including a B.A. degree and a Certificate of Advanced Studies.