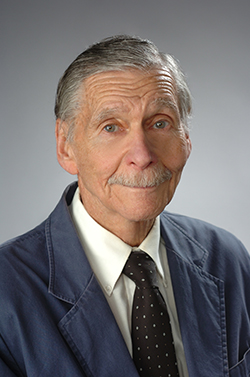 Sanford Sternlicht G’62, professor emeritus of English, is the author of “August Wilson’s Twentieth-Century Cycle Plays: A Reader’s Companion” (Texas Tech University Press, 2015). Described as a “short literary guide” to the iconic playwright, the book is written with teachers, theater professionals and audiences in mind.

“August Wilson was a masterful storyteller who chronicled the African American experience in the grand tradition of Eugene O’Neill and Arthur Miller,” says Sternlicht, the author or editor of more than 30 books. “By giving voice to people on the margins of society, Wilson captured universal truths about the struggle for love and dignity in the face of overwhelming odds.”

Central to Sternlicht’s book is Wilson’s “Century Cycle,” a series of 10 plays that takes place during the 20th century. All of the plays are set in Pittsburgh’s historic Hill District, except for “Ma Rainey’s Black Bottom,” which takes place in Chicago. That each play corresponds to a different decade (e.g., “The Piano Lesson,” the 1930s; “Seven Guitars,” 1940s; “Fences,” 1950s; and so on) creates a kind of alternative history, as seen through the eyes of disenfranchised African Americans.

“Wilson used the cycle to depict the hardships, the suffering, the desperation, the small victories, the beauty and the bleakness, and the ultimate triumph of a community,” says Sternlicht, noting that the series is sometimes called the “Pittsburgh Cycle.” “It was his hope that African Americans would draw upon the struggles of their ancestors to inspire their own fight against the legacies of white racism.”

Born in poverty in the Hill District, Wilson began writing around the same time he dropped out of high school. Originally, he concentrated on poetry, but when he moved to St. Paul to work at the Science Museum of Minnesota, transforming Native American folk tales into children’s plays, drama became his chief outlet. 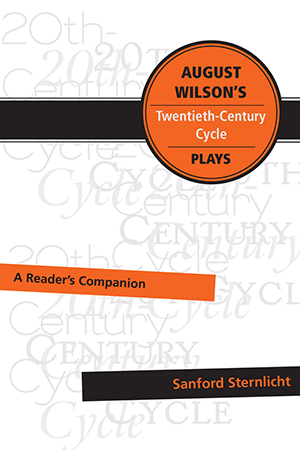 “Wilson was proud of his ‘Century Cycle’ and wanted to be remembered for it,” Sternlicht adds. “It’s a landmark of American literature that, almost singlehandedly, has breathed new life into drama.”

Sternlicht will read from and discuss his book on Wednesday, March 25, at 12:45 p.m. in the Leonard and Ruth Sainsbury Library of the Tolley Humanities Building. The event is free and open to the public and is part of the HC Library series, sponsored by the Syracuse University Humanities Center. For more information, call 315-443-7192.

“I plan to discuss how I became aware of Wilson’s work and then briefly collaborated with him at Syracuse,” he says. “I also want to talk about his opposition to colorblind casting, something for which he frequently made headlines.”

Sternlicht joined the Syracuse faculty in 1981, after teaching at SUNY Oswego for 30 years. He has written or edited some two books on literary and dramatic criticism and has published multiple books of original poetry.

Since 2009, Sternlicht has served as a Speaker in the Humanities for the New York Council for the Humanities—a position that has allowed him to travel the state, discussing his research.

A former Navy Reserve commander, he also has served as a Fulbright senior specialist and a visiting professor of English at the University of Pécs in Hungary.