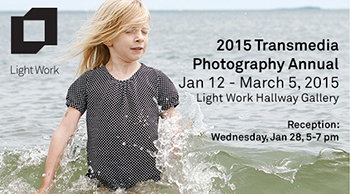 Biggers’ video works “Shuffle” and “Shake” will be on view at Urban Video Project (UVP) as a projection onto the north facade of the Everson Museum of Art in downtown Syracuse from November 6- December 27, 2014.

Biggers work is presented as part of the UVP 2014-15 program, “Celestial Navigation: a year into the afro future”.

For more information, go to http://www.urbanvideoproject.com/?p=2364