Jeffrey Katzenberg, CEO, co-founder and director of DreamWorks Animation SKG, will visit Syracuse University’s S.I. Newhouse School of Public Communications on Wednesday, Oct. 17, as part of the USA TODAY CEO Forum. A public interview with USA TODAY technology reporter Mike Snider will be held at 4 p.m. in the Joyce Hergenhan Auditorium in Newhouse 3, followed by a moderated question-and-answer session. Follow the event on Twitter at #CEOForum. 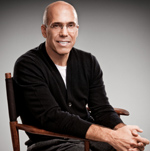 DreamWorks Animation creates animated feature films, television specials and series, live entertainment properties and online virtual worlds for an international audience. It is the largest animation studio in the world and has released 24 animated feature films, including “Shrek,” “Madagascar,” “Kung Fu Panda” and “How to Train Your Dragon.” Animated television series include “The Penguins of Madagascar” and “Kung Fu Panda: Legends of Awesomeness,” both on Nickelodeon; and “Dragons: Riders of Berk” on the Cartoon Network. In addition, DreamWorks Theatricals, established in 2007, produces shows “Shrek the Musical” and “How to Train Your Dragon Live Spectacular.”

DreamWorks Animation has been named one of the “100 Best Companies to Work For” by FORTUNE magazine for four consecutive years, ranking at No. 14 in 2012.

DreamWorks Animation was a division of DreamWorks SKG until October 2004, when it became a publicly traded company. Katzenberg co-founded DreamWorks SKG with Steven Spielberg and David Geffen in October 1994. Since its inception, DreamWorks has produced a number of celebrated films, including three Best Picture Academy Award winners: “American Beauty,” “Gladiator” and “A Beautiful Mind.” The studio released its first animated films in 1998: “Antz” and “The Prince of Egypt.”

Prior to co-founding DreamWorks, Katzenberg served as chairman of the Walt Disney Studios. During his tenure, the studio produced animated films including “Who Framed Roger Rabbit,” “The Little Mermaid,” “Aladdin,” “The Lion King” and “Beauty and the Beast,” which was the first animated film to be nominated for a Best Picture Oscar. Live action films included “Good Morning, Vietnam,” “Three Men and a Baby,” “Dead Poets Society,” “Pretty Woman,” “Father of the Bride” and “Sister Act.”

Katzenberg previously served as president of Paramount Studios, where he was involved in such films as “Raiders of the Lost Ark,” “Saturday Night Fever,” “Grease” and Best Picture Academy Award winners “Ordinary People” and “Terms of Endearment.”

Together with his wife, Marilyn, Katzenberg provides support and leads fundraising efforts on behalf of dozens of local, national and international organizations focused on healthcare, education, the arts, Jewish causes, children, civic improvement and the environment. In addition to serving as chairman of the board for the Motion Picture and Television Fund Foundation, Katzenberg sits on the boards or serves as a trustee of AIDS Project Los Angeles, American Museum of the Moving Image, California Institute of the Arts, Cedars-Sinai Medical Center, Geffen Playhouse, Michael J. Fox Foundation for Parkinson’s Research, University of Southern California School of Cinematic Arts and the Simon Wiesenthal Center. He also supports the Elton John AIDS Foundation and Boston University. Together with DreamWorks Animation, Katzenberg founded the DreamWorks Animation Academy of Inner-City Arts in 2008. 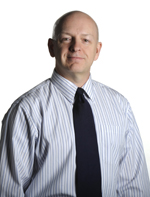 Since joining USA TODAY in 1990, Snider has covered the nexus of entertainment and digital technology, including the development of high definition TV, Blu-ray Disc, streaming video and music, as well as the evolution of the Internet and the web. He also tracks the video game industry and is the co-founder of the Game Hunters blog on usatoday.com. Before becoming a technology reporter, he covered medicine at USA TODAY. He was previously with the Sioux Falls (S.D.) Argus Leader and The Independence (Mo.) Examiner.

The first USA TODAY CEO Forum was held in October 2005, and the forum has now been presented at 13 select university campuses. Each forum features a distinguished CEO of a corporation heralded for its achievements and advancements in the arena of business and technology. The discussion typically highlights four key areas: the CEO’s pathway to the top, key milestones, thoughts on leadership and what lies ahead.

The event, which is co-sponsored by SU’s Division of Student Affairs, is free and open to the public. A reception will follow. For more information, contact Jean Brooks at 315-443-5711 or jabroo01@syr.edu.